I really liked the flick Avatar. I ended up seeing it twice, which is very rare for me. It was a cool film and I am really looking forward to the next inevitable installment. One geeky chick, Laura Hadland, has taken about 4,000 Blu-ray discs and used them to create a gigantic mosaic of a Na’Vi from the film. 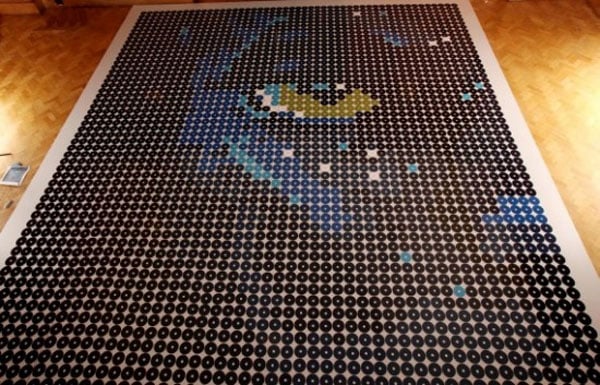 She created the mosaic as a gift to her hubby, who is obviously an Avatar geek as well. She put the display together on the floor of the London Film Museum, and it reportedly took the woman only a few hours to complete. She obviously has more artistic talent in her finger than I have in my entire body. 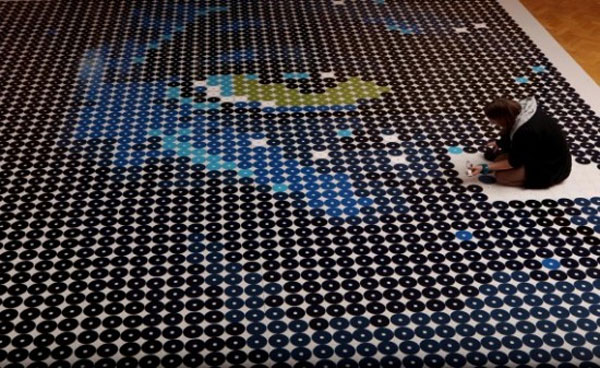 What I really want to know is where she came up with 4,000 Blu-ray discs. I would think that many discs, even if they were blank would have cost a lot of money. I’d also like to know how she got some of the discs into different colors than the other. I would assume they are painted or printed, but I might be off. 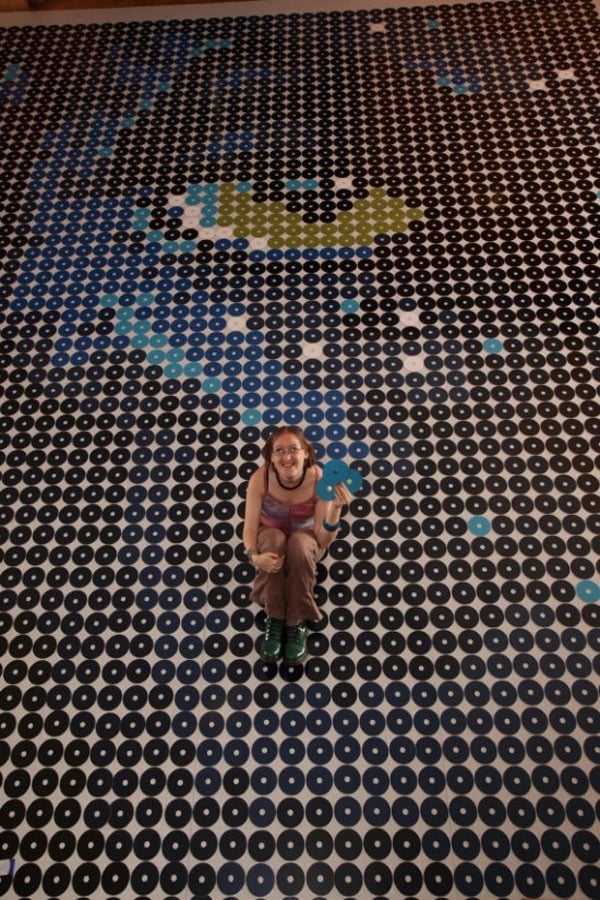