I am all for taking up less space on the desk or beside my desk when it comes to choosing my computer. I am also all for power and performance – so for now I keep using my mid-tower rig since it’s packed with high-end hardware. If you don’t need high-end hardware, this new small form-factor PC from Linutop may be right up your alley. 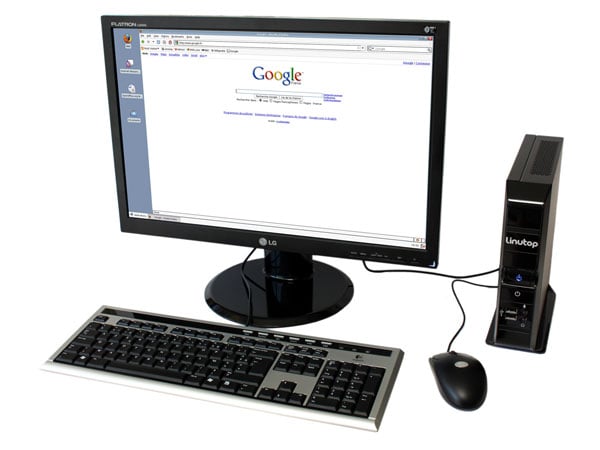 The little rig is called the Linutop 3 and unlike the AMD power the Linutop 2 sported, the new version has an Intel Atom processor at 1.6GHz. We all know this processor from its long running use as the go to CPU in the netbook realm. The little rig runs the Linutop flavor of Ubuntu Linux and might be perfect for the alternate OS geek looking for a tiny PC. 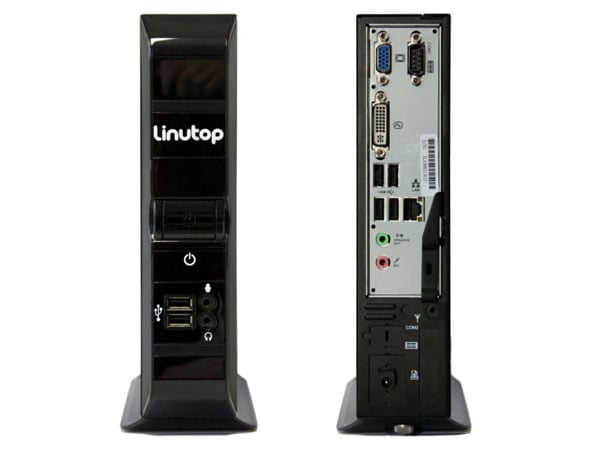 The Linutop 3 measures just 9.25″ x 9.25″ x 2.16″. The machine has 1GB of RAM inside and supports up to 3GB. Instead of a hard drive, the system stores data to 2GB of internal flash memory and the OS is loaded on a 600MB flash device. I assume that the OS is not loaded on the main 2GB of storage, but the company doesn’t specify that. Other features include Gigabit Ethernet, VGA and DVI out as well as 3D graphics 6 USB ports, and more. 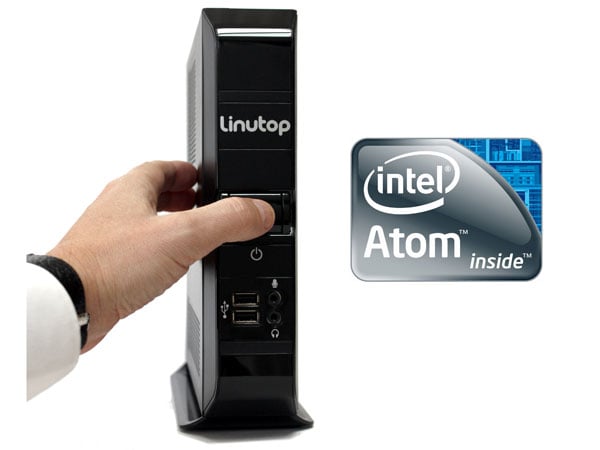