Minimal Doctor Who Posters: Who Are You?

These awesome-looking minimal Doctor Who posters feature the first six Doctors from the long running BBC science-fiction program. These minimal posters were designed by Alex Freeman and I have to say that I like them. 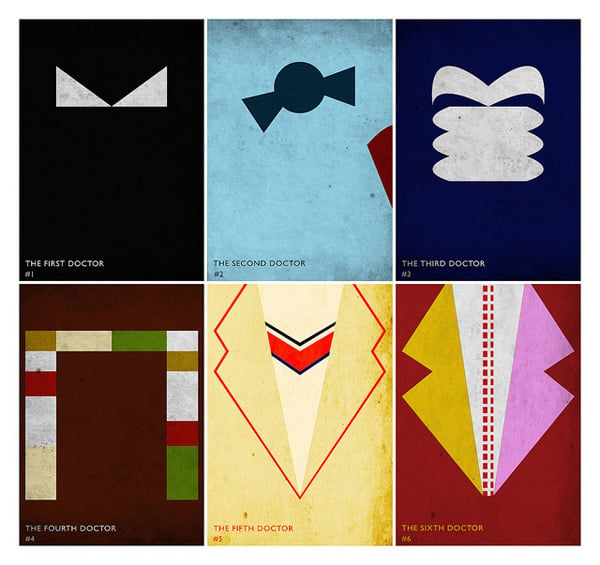 If you’re wondering, Doctor Who started out in 1963 and since then, eleven different actors portrayed him. The latest one is Matt Smith. The first six are in their respective order William Hartnell, Patrick Troughton, Jon Pertwee, Tom Baker, Peter Davison, and Colin Baker.

My favorite Doctor Who is the one portrayed by Tom Baker. While I haven’t watched the episodes with the first three doctors, I have watched all of them after that. The second row definitely represents Doctors four to six. They are easily recognizable. Alex mentions that if there is enough interest, he plans on selling these posters.