CES and MacWorld are just around the corner, so it’s time for all the rampant speculation to start heating up about what exciting new gadgets are coming out in 2011. Among the rumors, many signs are pointing to the release of a refreshed version of Apple’s iPad (aka the iPad 2), and here’s what I’ve been able to surmise. 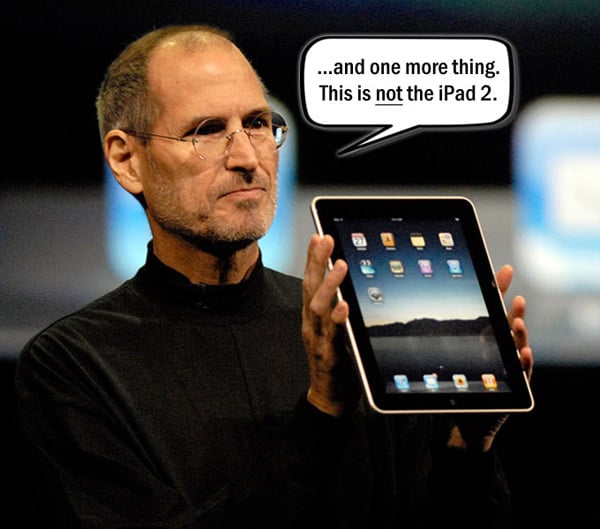 After scouring the web for the various rumors about the iPad 2, these are my best guesses of what we’ll see in the iPad 2 when it is announced:

Several of the rumors (rear camera, speaker cutout and size change) are reaffirmed by this video of a supposed “Crystal Case for iPad 2nd Generation” in the works in China:

As is always the case with rumors and speculation, there’s a chance I could be completely wrong, but check back here at the end of January, and let’s tally up how many I got right.

It all sounds great to me, but what I really want – and know we won’t get – is an SD card slot, 4G data network, and Flash support.