Anyone who’s played games on any modern console knows that your gameplay can be ranked via these Internet connected systems. I remember the first time I plugged in an old Xbox and saw how I ranked in the U.S. Now Nissan is taking a page out of the Xbox Live book with their new car, the Nissan Leaf. 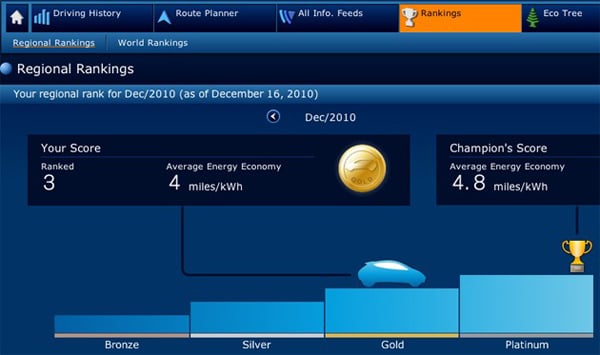 If you don’t know about the Leaf, it’s supposed to be really energy efficient since it’s an electric car. It features something called CARWINGS, which will rank you regionally according to your energy efficiency level, so you can compare your driving with others. 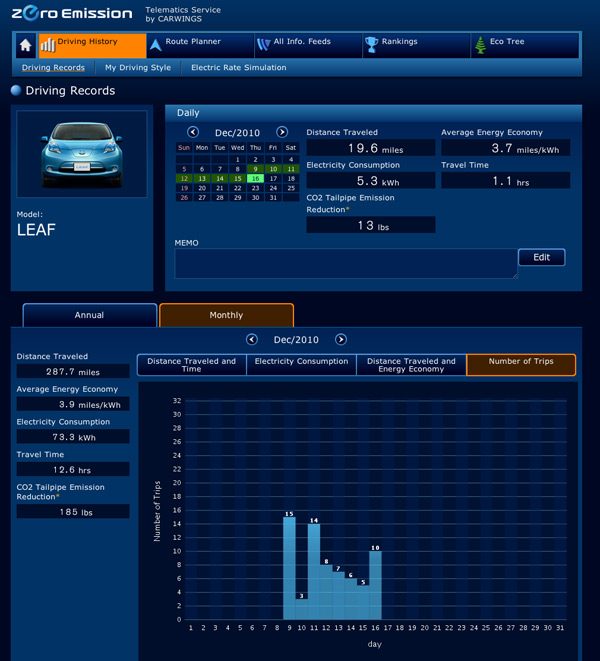 Now that’s genius! Instead of driving fast, you are trying to drive as efficiently as possible. I remember doing something like this when I was low on gas and trying to make it to the next gas station. Now Leaf drivers can do the same, except it’s a lot further between power charging stations.