When it comes to playing video games, I head for the PC anytime it’s a shooter. I like driving and racing games on consoles, but other genres are PC or GTFO for me. One geek has taken his PC and Call of Duty, and then hacked up a system that uses the Kinect, the Wii Remote and Nunchuk to control the game. 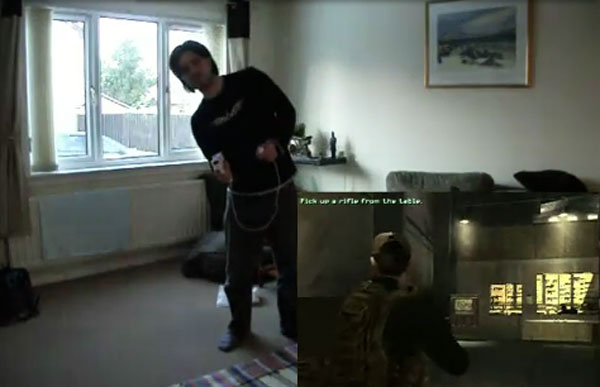 The Wii controls are used for moving, aiming, and shooting in the game and the Kinect is used to recognize gestures to activate other commands. The Kinect lets you do things like lean to actually lean on the game. It’s really sweet. Check out the video to see the system in action:

Unfortunately, details on exactly how he whipped this up are not offered. This is one of the few Kinect hacks I have seen that actually look like something I would use.

[via Geek.com via PC World]