I was browsing through the deep recesses of eBay today, when I stumbled onto this strange listing for a “Virtual Reality” system. 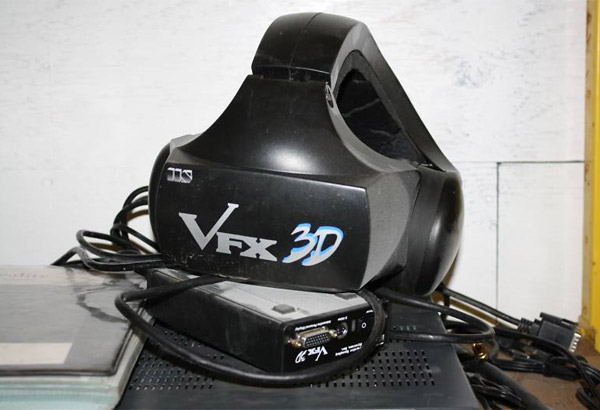 It’s simply listed as follows: “THIS IS A NICE DEPCO VIRTUAL REALITY VFX 3D INTERACTIVE IMAGING LOOKS IN GOOD SHAPE.” Actually guys, what you’ve got here is a rare VFX3D virtual reality headset from way back in the dark ages of 2000. This helmet straps onto your head and covers your eyeballs with dual-stereoscopic 3D images. It also featured early head-tracking tech that worked with a handful of 3D PC games like Descent 3 and Unreal Tournament. But before you get too excited about this thing, the tiny LCD displays only had a paltry resolution of 263×480, only 263×240 in 3D mode. It also only worked with old versions of DirectX (version 7 to be exact). 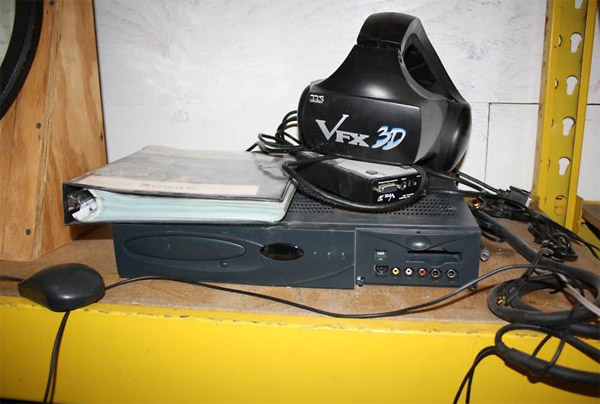 I actually think the guys selling this thing don’t realize that the cable box underneath it has nothing to do with this thing. The system originally sold for $1800, but if you’re willing to take a gamble with $750 (USD) of your hard-earned money, you can grab this rarity over on eBay now, and you can find the drivers and SDK here.