Flipit! USB Charger Doesn’t Require an Outlet All to Itself

There are never enough outlets in the world. One of the things I hate about checking into most hotels is that there are never available outlets by the bed. Sure, they’ve got free ones on the other side of the room near the desk. However, that doesn’t help me when I want to plug in my phone, which is also my trusty alarm clock. No, I have to dig around and  unplug either their crappy alarm clock or the lamp. Naturally, the alarm clock usually gets the boot. It would be nice if I just didn’t have to choose at all. 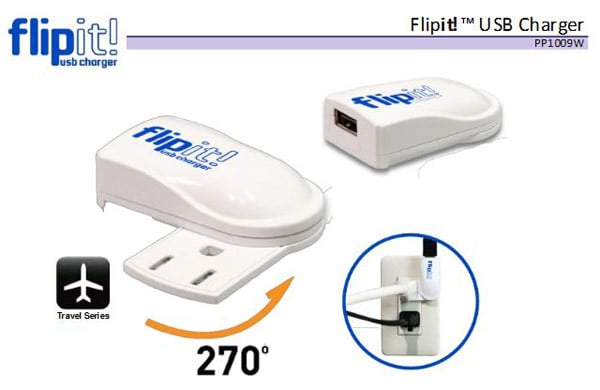 The Flipit! USB Charger is the perfect solution for the above situation. Instead of taking up an entire outlet all to itself, it rests between the socket and another plug, with the prongs of the other plug passing through it. Pretty cool, right? The only two things I would change would be to have a set of prongs that could flip out, in the event that you don’t actually have anything plugged into the outlet. Also, having a power rating of more than 750ma would be great. Otherwise, this little $16 gadget is perfect for anyone on the road that needs to charge a USB gadget. 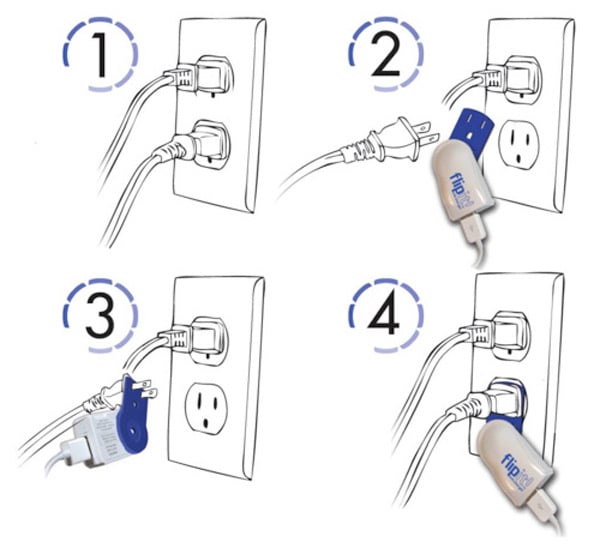