Martin Hudepohl’s (aka “Xubor“) book Badass LEGO Guns teaches you everything you need to know to create some awesome LEGO weapons. 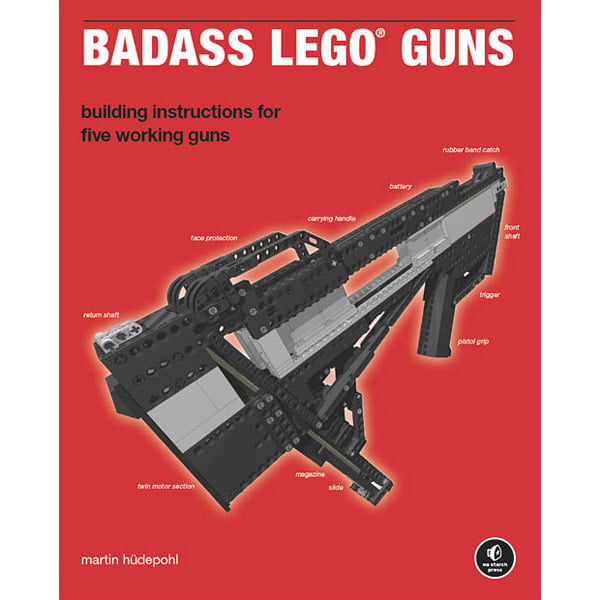 Despite the enthralling title, staring at the cover itself doesn’t do this book the justice it deserves, so Xubor put together this little video to show you what you’ll be missing out on if you don’t run out and buy the book.

Ok, I’m convinced. With the book in hand – assuming you have ample LEGO bricks – you’ll be able to create a fully-automatic submachine gun, a semi-automatic pistol, and a slide-action crossbow pistol among other great LEGO weapons.

You can grab a copy of Badass LEGO Guns over at Amazon for about $18 (USD).

[via You Bent My Wookie]