Ammo Counter for Real Guns is Straight Out of an FPS

My aunt once dated a nutbag that collected all sorts of weapons from a Howitzer to a fully automatic assault rifle. I got to fire that assault rifle once, and the volume of noise coupled with the recoil from the thing made it impossible to tell how many rounds came out each time I pulled the trigger. 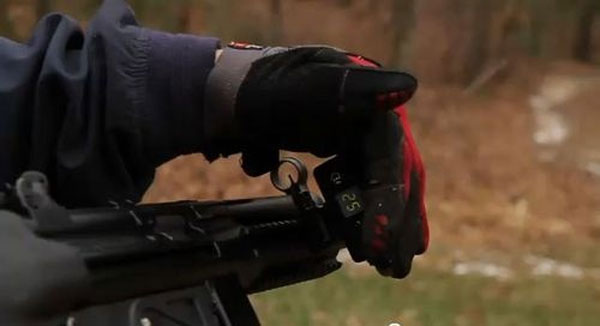 I am sure the pros that train to fire weapons like that could keep up, but not I. A geek named Michael Ciuffo has whipped up a really cool and accurate ammo counter for an automatic weapon that looks like something that you would see in a video game.

The counter uses a microcontroller and an accelerometer to tell when bullets are fired. When the accelerometer senses recoil greater than 22.5g it counts as a round fired. It also uses software to keep after firing vibrations from counting as a round fired. The thing is accurate enough that it counts the rounds fired from the automatic weapon in the video better than the people firing and filming were able to do.

Ciuffo says he’ll be taking orders for these thing if you’re interested in having one made, just drop him a message over on YouTube for more info.