The Silent Hill video game series always gave me the creeps. There aren’t too many games that made me jump out of my seat at times, but those games always had me on edge. Sure there was Pyramid Head, but they also had those really creepy Bubble Head Nurses starting in Silent Hill 2. These chicks were definitely the stuff nightmares are made of. A couple of them broke out of the institution and showed up at last week’s Ohayocon convention. 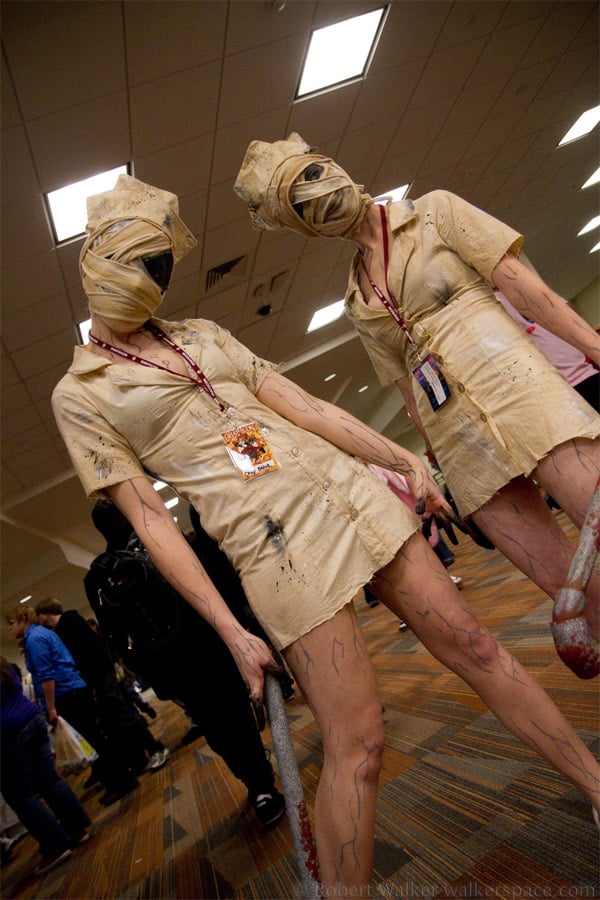 For some reason, these girls look a little more sexy than the ones in the game. Maybe it’s that “come hither” body language they’re showing off as they wave around their bloody pipes, or maybe it’s just that the Convention Center in Columbus, Ohio has better lighting than Silent Hill.