Has Angry Birds jumped the shark yet? Given the fact that I still haven’t gotten 3 gold stars on every level and haven’t found all the golden eggs, I’m going to say no. Still, you’ve got to wonder if a game has gone too far when it starts to find its way into our stomachs. Remember Pac-Man cereal? Still, how can you say no to this Angry Birds bento box lunch? 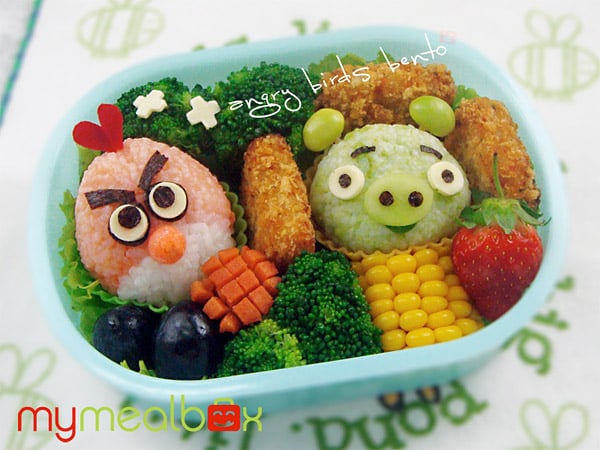 Yep, still cute. This fun creation was made by the guys at mymealbox, and perfectly captures a bird and a green piggy in edible form. The red bird was made from white rice and tomato sauce, with a carrot beak and red pasta feather. Green piggy was crafted from rice, edamame and pea paste, with good-enough-to-eat edamame ears, and a cucumber nose. Both of them have eyebrows and eyes made from nori and cheese slices. Mmm. Eyes are the most delicious part of all animals, aren’t they? 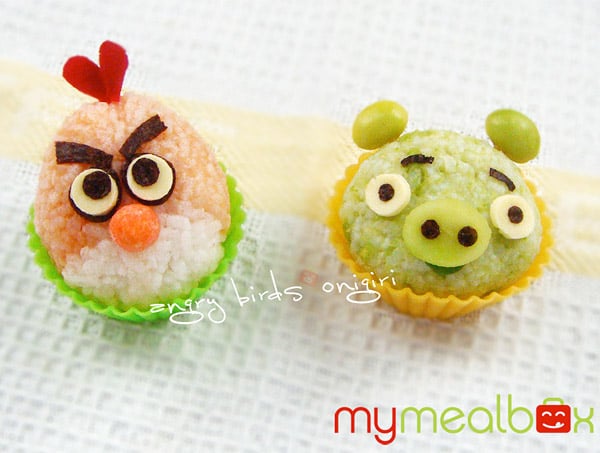 I just would hate to hear how much squawking goes on while you digest one of the birds, given all the noises they let out when you simply shoot them in a catapult.