While a CD player isn’t exactly cutting-edge technology, I still like the idea of a sound system that looks like Darth Vader guarding my desktop. 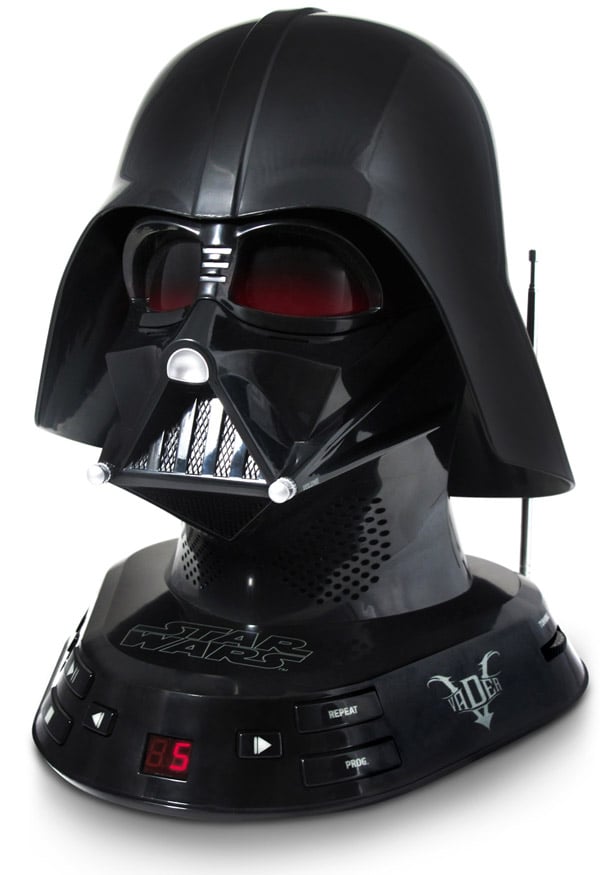 Jazwares‘ Darth Vader “CD Boombox” doesn’t really qualify as a boombox in my book, but it definitely qualifies as a CD player and most definitely qualifies as Darth Vader. Sure, the light up red LED eyes aren’t exactly something Vader had in any of the Star Wars movies, but that doesn’t mean he shouldn’t have. The player has built-in speakers, and while it doesn’t have built-in MP3 playback, you can connect your media player and use Darth’s speakers to listen to Cantina Band. And from the looks of that antenna sticking out behind his dark helmet, I going to go out on a limb and guess Darth has an FM radio built in too.

There’s no word on when you’ll be able to buy one yet, but we do know it’ll retail for $69.99 (USD) when it eventually arrives from a galaxy far, far away.