Water meters usually display only the volume of water that has been consumed, and even then it’s not presented in an easily understandable format. What if you had a device in your house that also showed the equivalent cost of the water that you’re using in real time? Would that encourage you to use water more efficiently? That’s the theory behind Young-Suk Kim’s concept device, the +-Water. 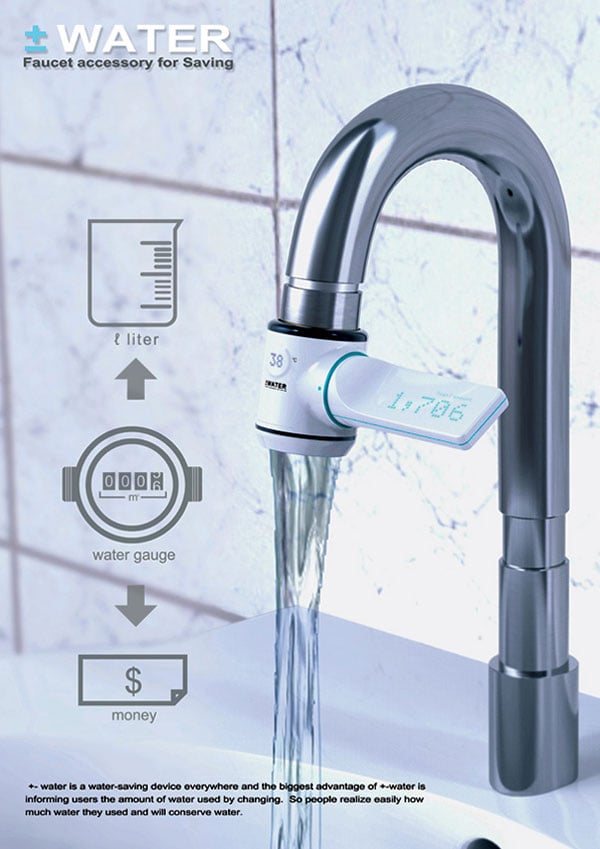 As you can see, the +-Water is meant to be attached to the end of faucets. It will then display the equivalent cost of the water flowing out of the faucet. It can also display the volume of water consumed in liters. It seems practical right? But if we give it a little more thought we’ll see that it’s barely useful. 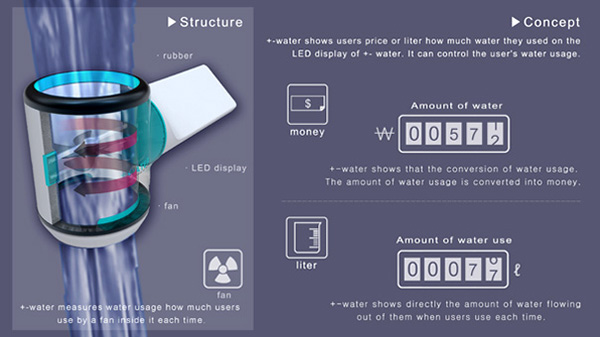 I think the biggest flaw with this concept is that the device can only measure the water flowing out of the faucet it’s installed on. Unless you live in a prison cell, you’ll most likely have more than one faucet, not to mention other devices that let water in, like the ones in your bathroom or on your garden. 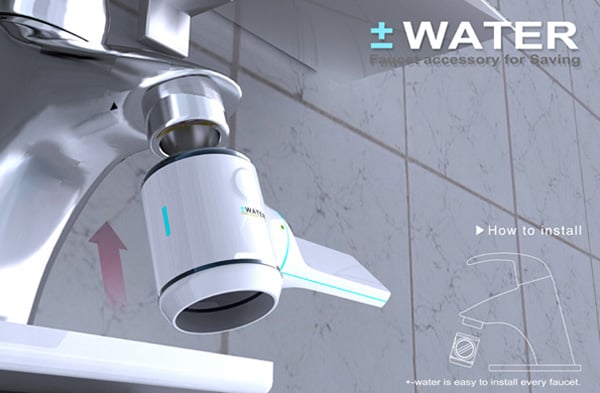 Not only would we need to install this add-on on each of those devices, all the add-ons would have to be networked in some way so that they display the total amount of water consumed by the whole house, because if they each show readings only for the valves they’re connected to then we’d still have to add them all up. 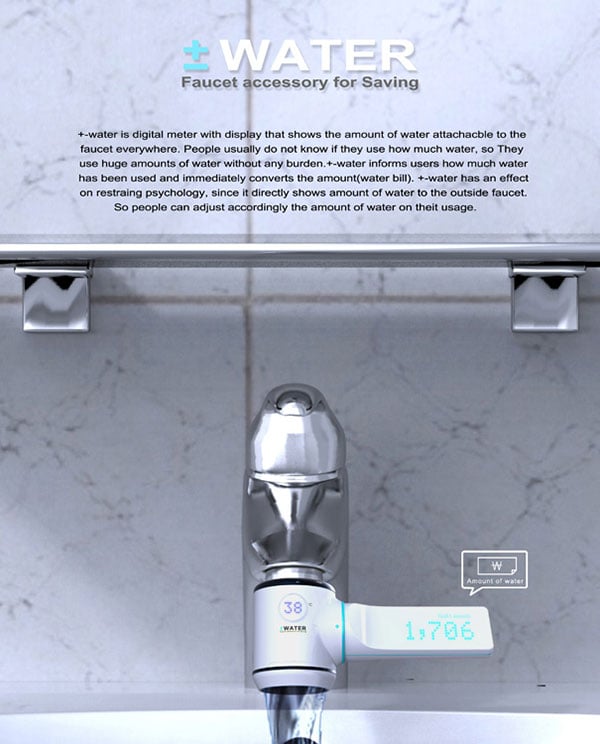 Still, I can see what Young-Suk Kim was trying to do, and I really would appreciate having a utility meter that displayed my consumption in real-time, and not in terms of volume or kWh but in terms of money, even if it’s just an estimate. But having meters all over my house would give me both too much and too little information, because all I really need to know is my total consumption.