Yes, I have to admit that I play Angry Birds. As many of you know, the little game is painfully addictive once you get into it. Destroying stuff with angry birds makes sense all of a sudden. That’s why I liked seeing this infographic on the pros and cons of each angry bird. 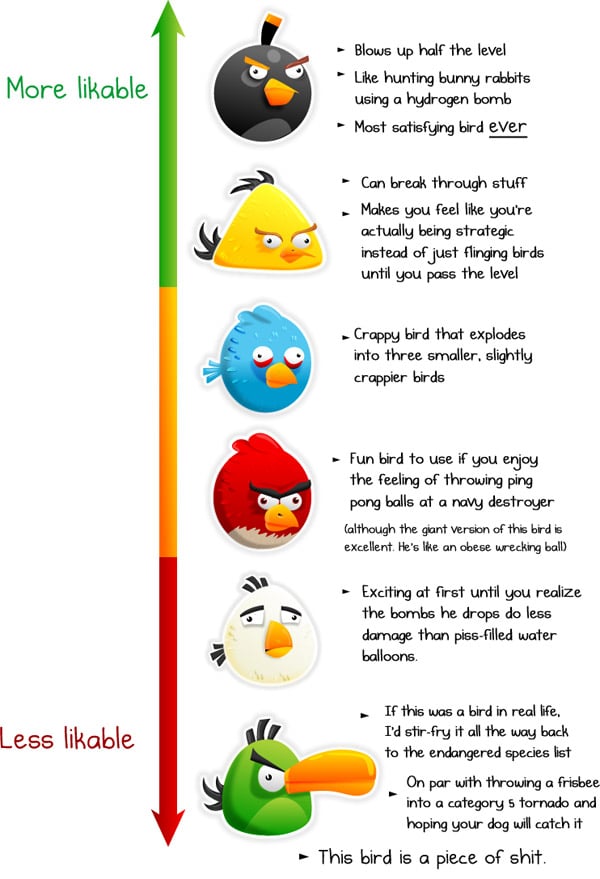 This infographic was created by the one-man machine behind The Oatmeal, Matthew Inman. I hate when those little piggies give you a little laugh when you fail a level. It’s one of the reasons why you have to keep playing the game, to wipe those little smiles off their green little faces.

As the infographic suggests, the best angry bird is by far the black one, although the blue one deserves an honorable mention in my opinion. Which angry bird do you like best?