…or anywhere else for that matter, but then it wouldn’t be as fun would it? Here’s a quick primer for those not familiar with the 3DS: to showcase the capabilities of the new handheld, the Nintendo 3DS has a variety of mini-games that are played using 6 augmented reality (AR) cards that are bundled with the device. When viewed through the 3DS, virtual objects seem to pop out of the cards and into the real world. That should explain most of what’s in this picture: 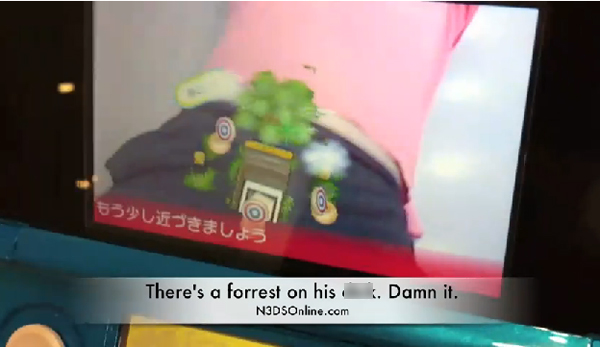 Watch the hilarity unfold (WARNING: there’s no nudity, but the captions are definitely not for kids):

Not exactly Nintendo’s idea of social gaming, but it is quite a convincing promotion for the 3DS’ capabilities.