SolaR2-D2 Robot Has a Sunny Disposition

Assuming that R2-D2 is roaming the surface of Tatooine, what with its dual suns, this solar-powered R2 unit would probably never have to worry about running out of power. 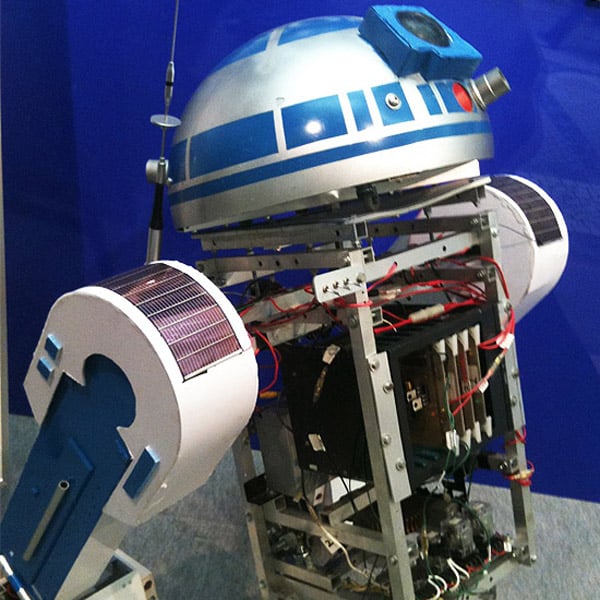 This remote-controlled, solar R2 unit was created by Kimura and Daisuke Goto, engineering students at Japan’s Hiroshima International University, for no other reason than to prove that R2 could automatically recharge himself if left in a sunny place.

It’s a pretty cool feat, although he looks a little naked without his trash can shell. Without that, R2 could get a pretty bad sunburn. He also would probably die instantly the minute it rains.