We’ve featured several real world versions of the classic Super Mario Bros. coin block, but this one made by Bruno Pasquini tops them all, because it works just like its video game counterpart – punch its bottom and coins come out! It even makes the classic sound. 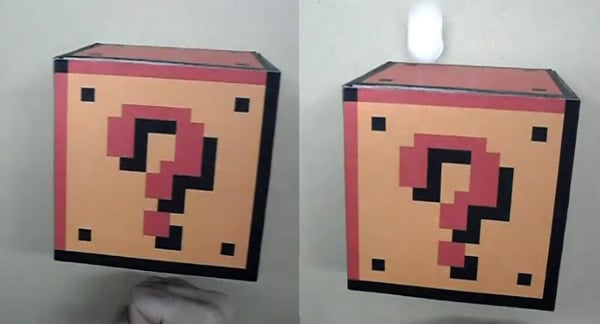 Actually you don’t really need to punch the bottom of the block to make it release coins – you just have to touch the switch that’s hidden there. Notice that the block is mounted to the wall and yet moves up and down as it’s touched, just like the original block. Neat.

Here’s how it works:

Bruno was kind enough to leave detailed instructions and templates on Instructables, so check out his walkthrough to make your own Super Mario Bros. Coin Block. Making the block’s quite complicated, but think of the benefits – place 100 coins in there and you gain an extra life each time you retrieve them all. Or not.