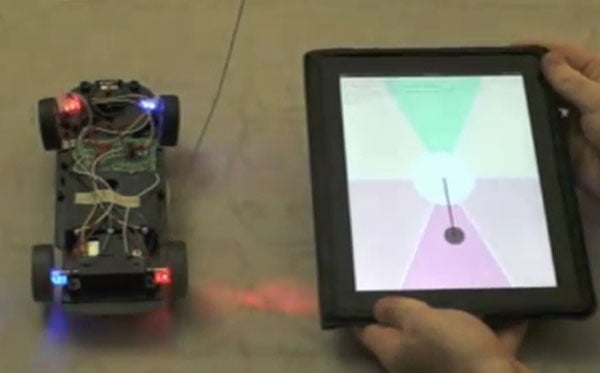 Gaurav used an HTML5 app that can run on the iPad. The app uses the iPad tilt sensors to control the car for turns and forward or reverse driving. He also turned the R/C car into a Kinect controlled toy with motions of the hands mapped to the same areas on the iPad app that control movement of the car. Check out the video below to see the car in action:

The actual control interface wires an Arduino board to some opto-isolators. That board then connects to a computer using a serial port and waits for the commands to come from the app and then moves. More details on the build, including source code, are available on Gaurav’s blog.