If you are an old school gamer that was around back when the Atari was the game console to have you will appreciate this app. I really didn’t have any idea that back in the Atari days there were 100 games to be had. Atari has launched a new iPhone app called Atari’s Greatest Hits. 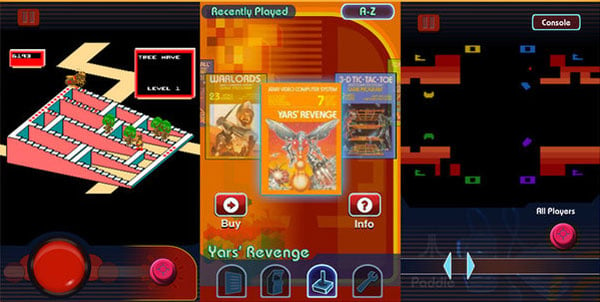 The app is free to download and comes with one game – Pong. Pong isn’t exactly the retro game most of us want to play, so you have to buy the other 99 cool games in-app. Games include everything from Tempest to Battlezone to Missile Command, as well as Atari 2600 calssics like Yar’s Revenge. Some of the games let you play with other retro geeks via Bluetooth if they have the game too. From looking at it, most of the games use virtual joysticks and I hate that control method, but what can you do? After all, it’s a touchscreen.

Individual games sell for 99 cents, but if you want the whole enchilada, the 100 games will set you back $15. That $15 price tag is not bad at all, if you are really into classic arcade games – assuming you can deal with the wonky controls. You can grab Atari’s Greatest Hits over at the iTunes store.

[via Touch Arcade via Kotaku]