While the steampunk Iron Man costume might not have been easy to reproduce, that didn’t stop toy modder Jonathan Kuriscak from putting together this cool-looking steampunk tribute to Iron Man – in miniature form. It’s pretty detailed and Kuriscak is selling it on eBay right now. 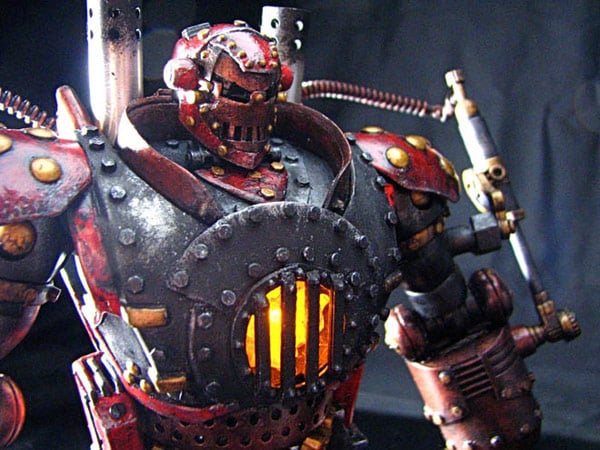 This statue is about 11 inches in height and comes with a 4-inch, mustachioed, steampunk Tony Stark. Kuriscak frankensteined the sculpture together from an old NFL action figure. Then some Transformers were added while the arms came from a robotic Hulk figure. 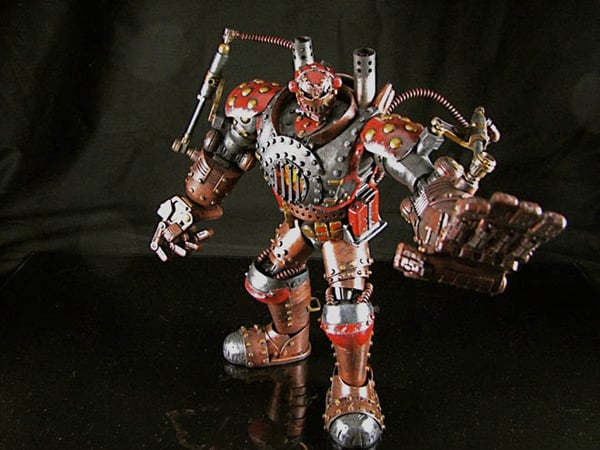 Kuriscak admits that he had to do a lot of sculpting with plastic in order to get the look just right. It even includes a light feature, that flickers on and off to give the effect of a that it’s powered by steam.  Current bids on the auction put it around $175 (USD), but it’s still got 2 days left. 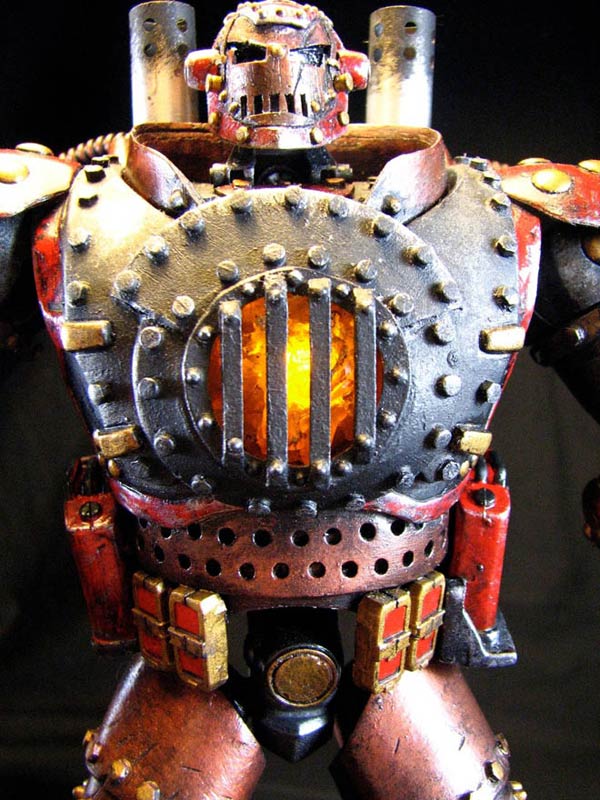 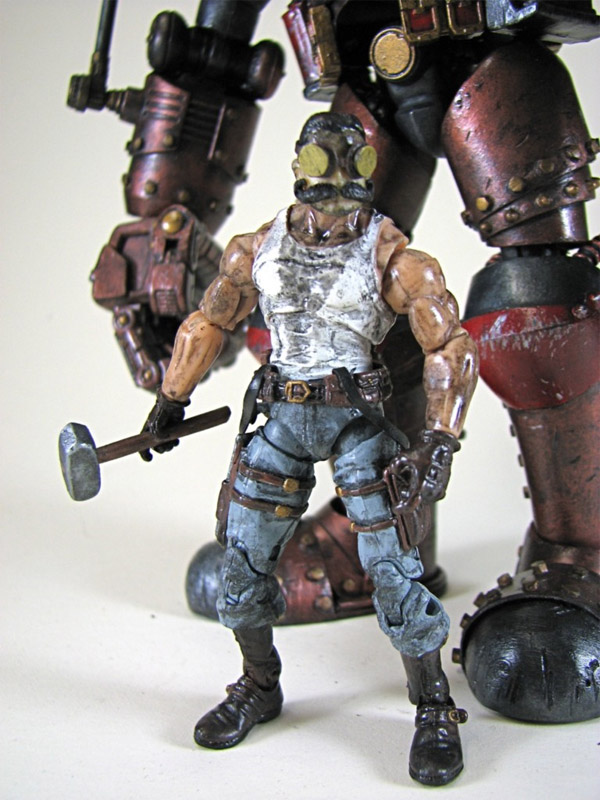 Kuriscak’s next sculpture is going to involve a steampunk Thor.