I had a bike stolen when I was little and I was all kinds of pissed. When I saw the flick Peewee’s Big Adventure, I knew exactly how Peewee felt when he came outside and found nothing but his bike chain left after a thief made off with is ride. What Peewee and I really needed to keep our bikes safe was this awesome TiGr: Titanium Lock. 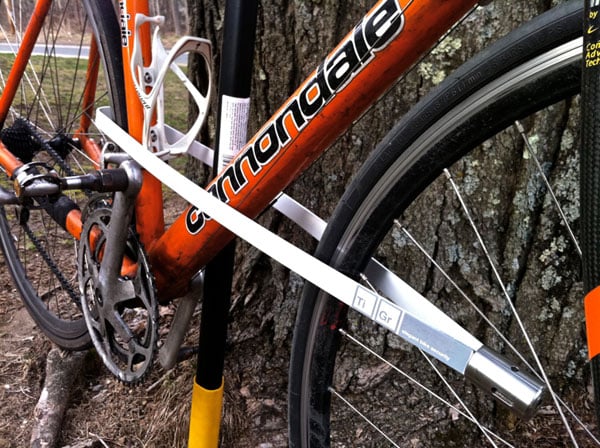 This thing is a long titanium bow that you would probably need a blowtorch to cut through. I think a thief with a torch would set off warning bells to people walking by. The bike lock is on Kickstarter right now seeking the funds to come to reality. The project needs $37,500 to test and produce an initial batch according to designer John Loughlin. 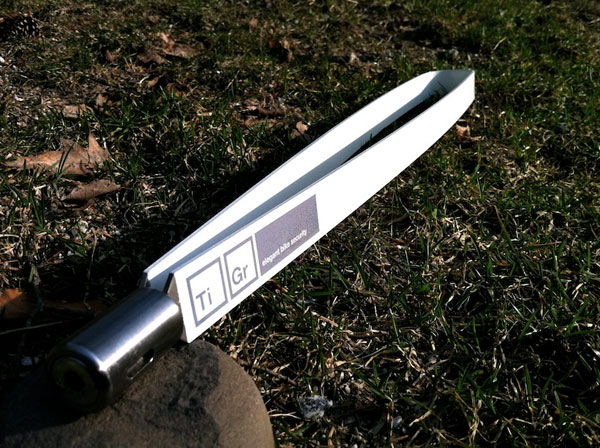 It has about a month to go before the project is funded, and so far, John has about half of his goal pledged. The coolest thing I see about his lock is if someone did steal your bike and left the lock behind you could totally kick some ass with it. It looks like a blunt sword. You could catch up with that crook and just beat him senseless. 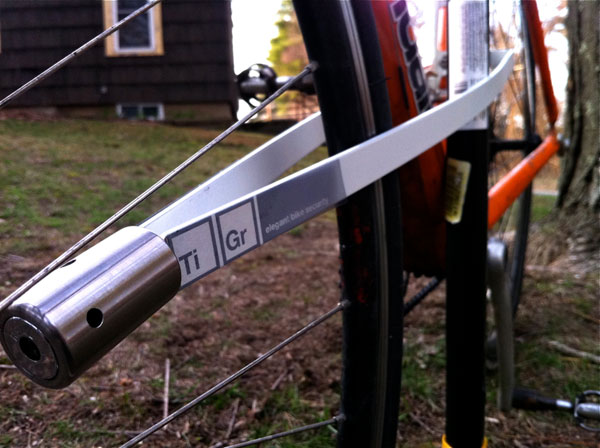