il Tiro Espresso Gun: Hit Me With Your Best Shot!

Ever since I had a Swiss-Italian roommate, I’ve been a fan of espressos. If they’re properly brewed, they can be quite tasty. The “Shooter” espresso gun, Il Tiro, will deliver espresso shots into your gullet thanks to its handy gun-like design. 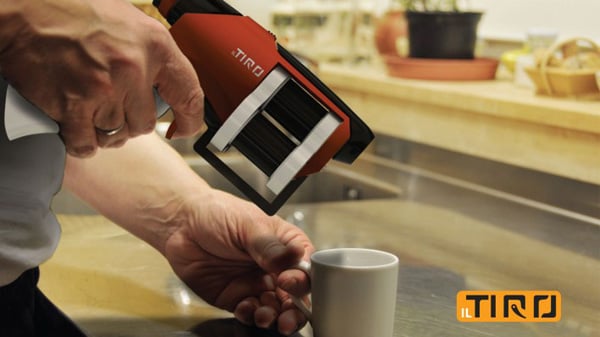 This espresso gun concept was created by designers Stefan Riegebauer, Christina Carli, Florian Kainz and Niko Schwarz. The design is a play on the fact that quantities of espresso are referred to as shots. Water goes into the gun’s handle and prepared in one of the pistol’s chambers. Once the shot is ready to go, you can press a trigger to release it. The beans would be ground in some kind of a dock, but I think that you could probably use your own coffee bean grinder for this since the heating element and water reservoir would be built into the gun itself.

Part of the idea behind this design is to eliminate the waste often associated with those single-shot espresso machines that have their own coffee capsules. 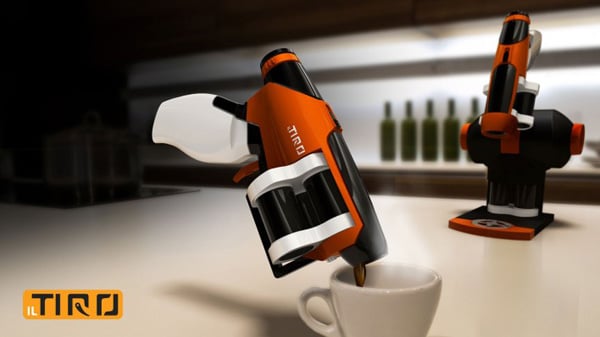 For now, I think I still prefer my vacuum coffee maker to this gun concept.