While some people were never impressed with the Jawa’s Sandcrawler from the Star Wars saga, I’ve always thought that it was pretty cool since Jawas themselves are quite small, but their transport is humongous. As a tribute to Jawa ingenuity, LEGO whiz Marshal Banana created this incredible build. 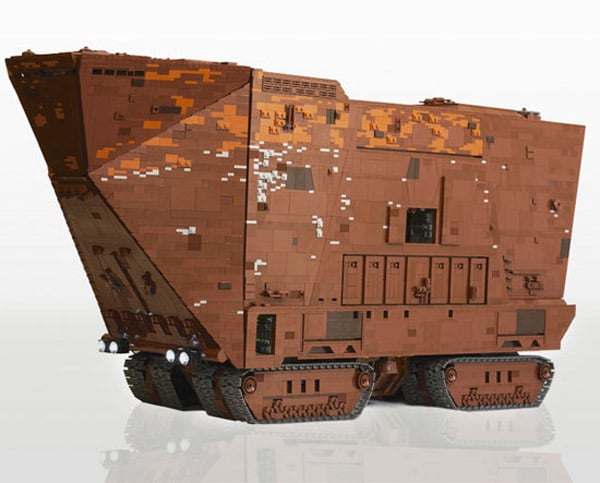 One of the best parts of the design is the brick-like patterns he was able to incorporate in the sides of the sandcrawler. They are quite accurate, giving it almost a pixelated feel. Marshal Banana used 10,000 LEGO bricks to make this happen, and the build took over 9 months. On top of that, it’s fully remote controllable as shown in the video below:

Marshal included lights and working treads. With the remote control, he can move the sandcrawler forward, backward, and actually steer it. He can also lower and raise the front ramp, revealing its illuminated interior that actually has a crane, an interior conveyor belt, and of course, tiny Jawas inside. 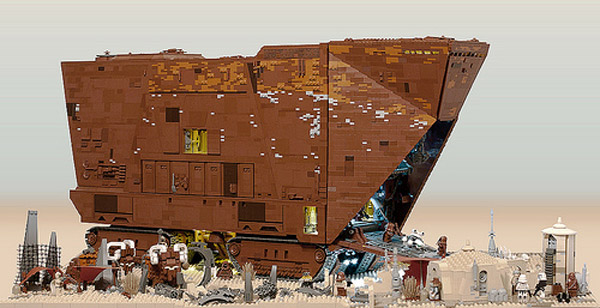 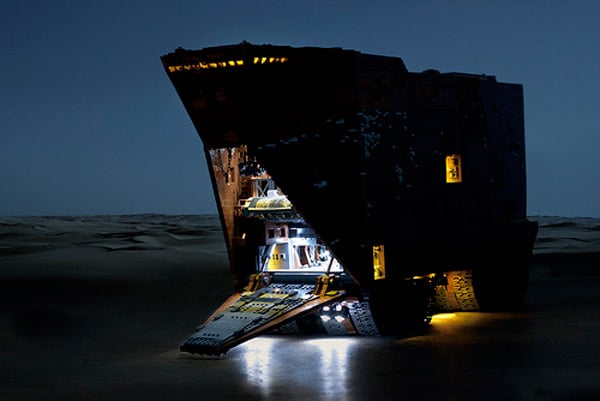