Real Hoverbike in the Works: Just Don’t Fall Off

When I think of the concept of a hoverbike, what comes to mind is those speeder bikes from the Star Wars saga. You know the ones that the Scout troopers use on Endor in Return of the Jedi. Well, a hoverbike is exactly what Chris Malloy from Australia decided to build, only in real life. I don’t know what is cooler than that. 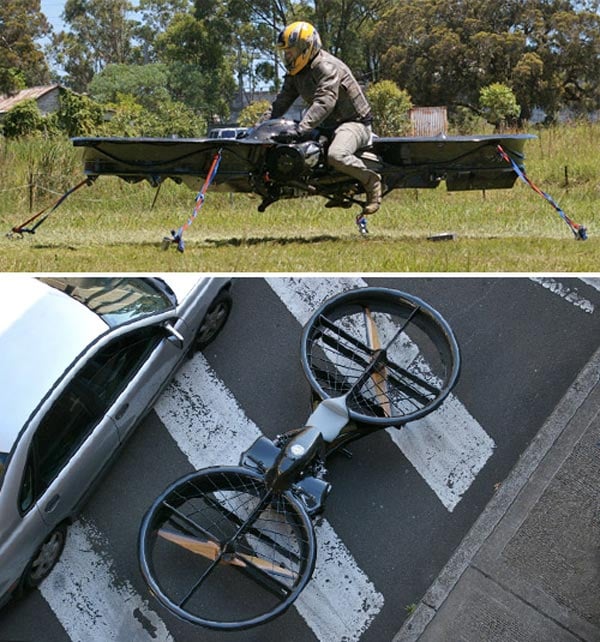 Chris’ hoverbike uses two propellers that are powered by a 1,170cc 4-stroke engine to hover. Apparently, it’s spec’d to reach speeds up to 173mph and go up to 10,000 feet(!), in theory. That could be quite dangerous, don’t you think? It can hold enough fuel to allows its rider to fly up to 92 miles at a time. The frame is made out of kevlar that’s reinforced with carbon fiber. Both propellers turn in opposite directions, so the hoverbike doesn’t need a tail rotor to stop it from rotating. 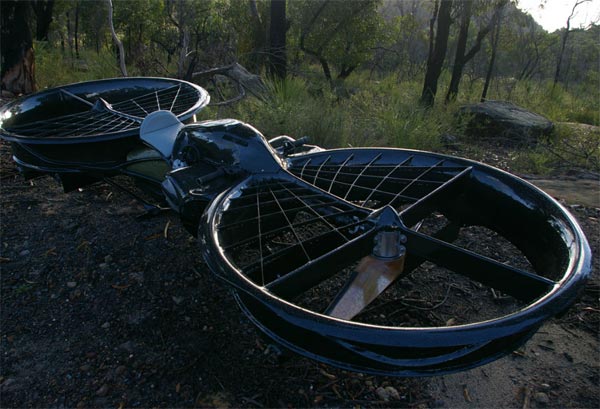 The control look like something you’d find on a motorcycle. Chris hopes to go into production in about a year, and his hoverbikes will sell for around $40,000. It will be classified as an ultralight plane, so people will be able to fly without needing a pilot’s license.

For now, the hoverbike is still a prototype and hasn’t undergone flight testing yet -having only been operated in a ground-tethered mode so far.