I’m always coming across all sorts of interesting inventions over on Kickstarter, and this one is definitely one of the more unusual ones I’ve seen lately. The TurboHarp ELX is what its inventor calls “the world’s first and only fully-electric harmonica.” 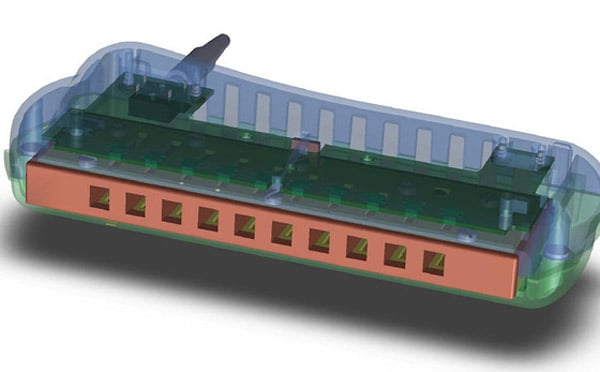 Instead of just playing like a regular harmonica, the ELX has an array of electronic sensors surrounding each of its acoustic reeds. These photosensors measure the motion of the reeds, then converts those into an electronic signal. 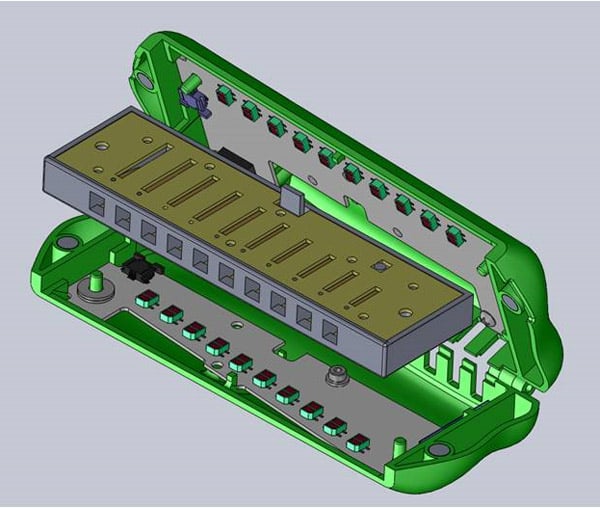 The TurboHarp then outputs its sound to a standard 1/4″ jack you can connect to a guitar amp or through an effects box. Since the pickups are optical instead of magnetic, you can crank the volume to 11 without feedback. Each reed can even be separated into its own channel, so you could create some pretty cool effects with that.

Here’s a video from TurboHarp inventor Jim Antaki, showing off his prized creation:

Jim’s goal is to do for the harmonica what the electric guitar did for the guitar, and you can be part of making that dream come true. TurboHarp is working on raising $15,000 for production of the ELX, and has raised over $3,000 of that so far with about a month to go. A pledge of $150 or more will get you one of the first production ELX harmonicas, ready to plug into a guitar amp. Higher pledges will net you extras like an effects unit or even one of the original prototypes.

Head on over to Kickstarter to show your support, or if you want to get your hands on your very own electronic harmonica.