Dude, Want To Surf On a Board of Beer Cans?

Surfing is one of those things that I have never really gotten a firm handle on. Sure, I can stand on the board for a few minutes before I slip or wipe out. I used to sit by the shore and just watch the other surfers ride the waves and do their thing in the water.

One thing that annoys me a lot when I’m out, however, is when I see plastic bags and beer cans and all sorts of other trash just wash up on the shore. 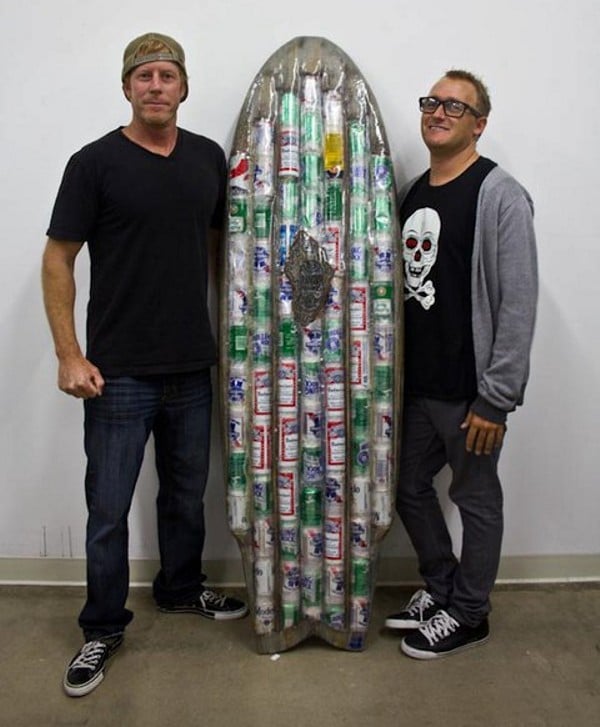 Maybe these guys saw the same thing and decided that they should do something about it. And do something they did with this surf board that’s made out of 72 beer cans, some polyurethane, and a whole lot of epoxy. 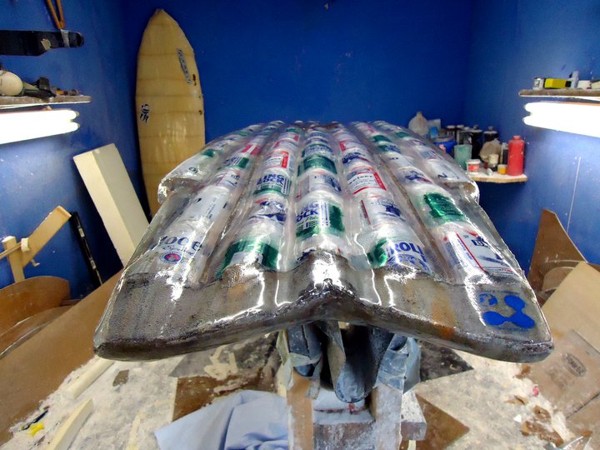 The board is a collaboration between artist Rich Morrison and surfboard maker Gary Seagraves in Morrison’s Enviro Surf Art series. The 6’2″ surfboard features a rocket fish design with twin fins and a swallow tail. Morrison says that the beer cans were collected from a local bar in his neighborhood.

I wish I can give it a go or two on that surfboard. Even though I’ll probably still fall off or flip over, at least I can say that I once surfed on a board of beer cans–and that it was good.

[via Treehugger via Dvice]