Game Station PS2 Knock-off Does Everything BUT Play PS2 Games

Most of the cheap Chinese game console knockoffs do just one thing – play old 8-bit NES or Famicom games. Some of them don’t even do that. Here’s one console clone that claims to do way more than those. 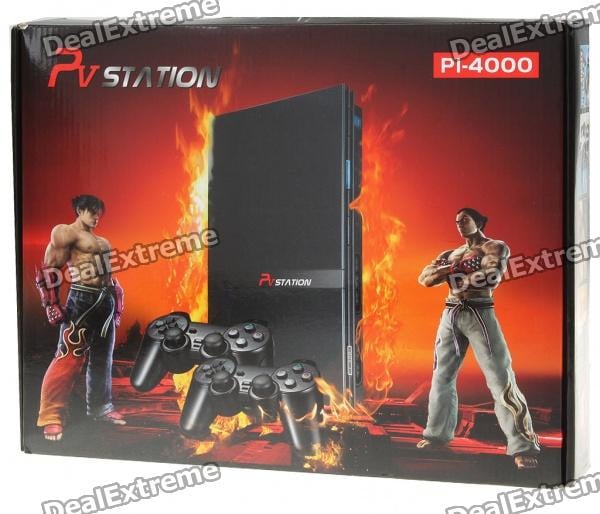 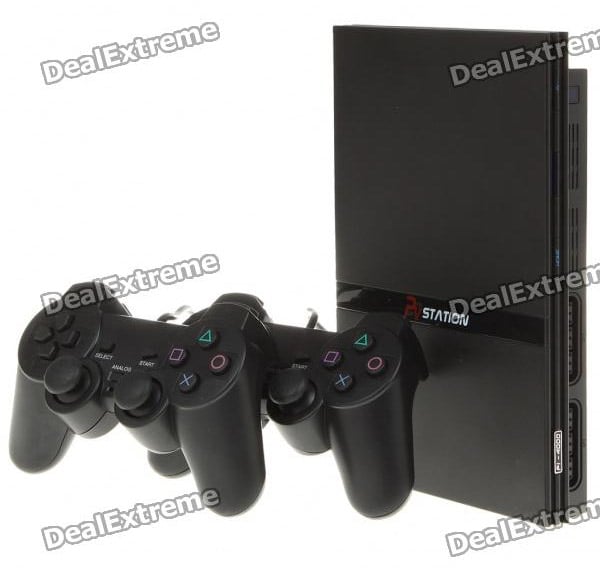 The thing is also supposed to play all PlayStation 1 games, as well as Flash games written for PC versions of Flash 4-8, and Flash Lite 1-3 (assuming they use ActionScript 1 or 2). So you won’t be able to play the latest and greatest games on here, that’s for sure. 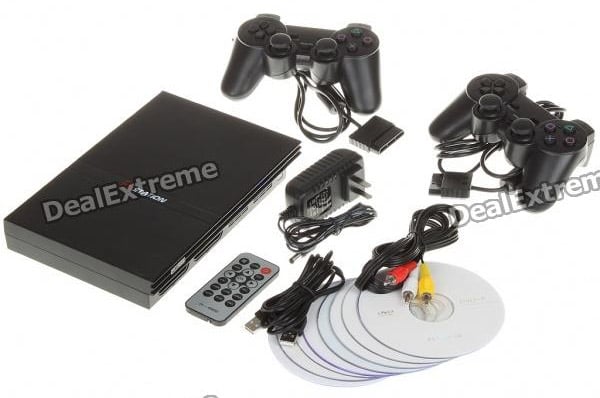 It’s got 4GB of built-in flash memory, as well as support for SD cards up to 32GB or USB storage devices. It comes with a pair of wired controllers that look just like the PlayStation 2’s controllers, along with an IR remote for controlling media playback. It also includes 8 DVDs filled with games (which I imagine you’ll have to copy over to flash memory from your PC). I have no idea what these games are, or if any of them are illegal, so this is definitely a Caveat Emptor kind of situation. That said, I dug up these photos which show the console playing some games: 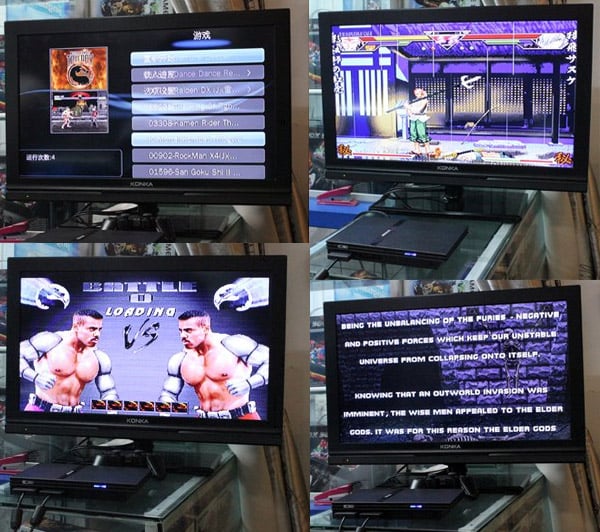 If you’re willing to take a gamble on this thing, you can get your hands on the P1-4000 Game Station over at DealExtreme for about $92 USD. Of course, for about the same price, you could just buy an actual PS2.