I like robots and one day when they perfect them and normal folk can actually afford them, I will buy one. I will not buy a robot that has body odor though. I have two kids that are smelly enough after a long day playing and I don’t want a robot to have to force into the tub as well. So it’s anyone’s guess why we need a robotic armpit. 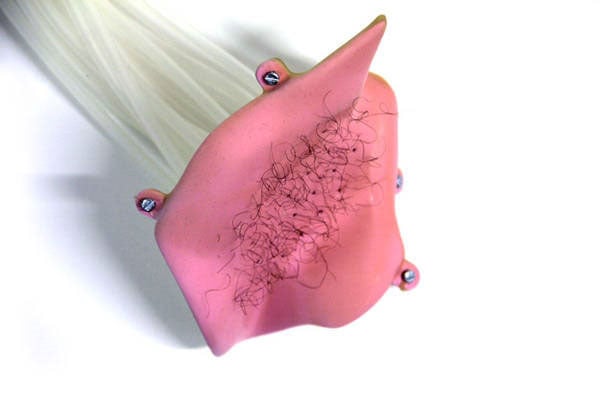 The designer of the robot armpit prototype is Kevin Grennan. He even put hair on the robot pit just to be sure we are totally grossed out. Grennan says that the pit has faux sweat glands inside and it will emit a smell to communicate with humans around them. For instance, a bomb disposal bot might emit the small of fear. I’m not sure what fear smells like, apparently it smells like dirty underarms. He says that research has proven that humans can smell fear.

The designer also says that a robot on an assembly line might have a faux armpit that emits androstadienone, which is a chemical found in male sweat. Grennan figures the smell will help females work more efficiently. Any of the women out there find anything about the scent of a smelly guy that makes you more efficient?