While most of us have managed to make the adjustment from keyboard and mouse to dual-analog joysticks to play FPSes on our consoles, there’s still nothing quite as accurate the keyboard/mouse combo. This new system from XCM hopes to even improve upon that. 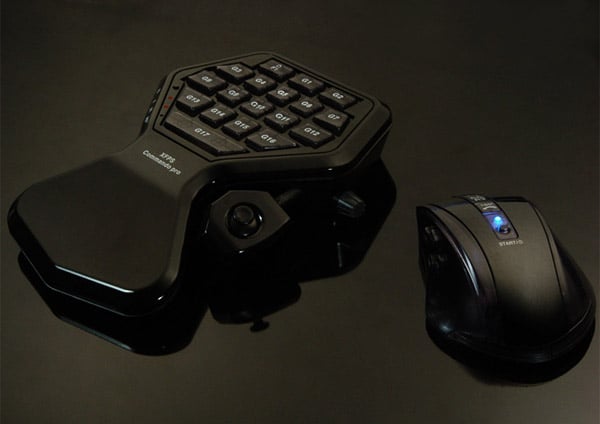 The new XFPS Commando PRO system is designed specifically for FPS play on today’s consoles. The Commando PRO works with both Xbox 360 and PS3 systems, and offers much greater FPS precision than you can get with a joystick, along with auto-fire capability.

The system comes with two components, a high-sensitivity optical mouse, and a compact 18-button keyboard, with a small thumbstick. If you think the keypad module looks familiar, that’s because it’s quite similar to the Logitech G13 game controller, minus the built-in display.

Unlike some keyboard/mouse adapters for the Xbox 360 and PS3, you don’t need to connect them through a PC either – these controllers connect directly to the consoles. It’s also compatible with the Xbox 360 wired headset. The keyboard even provides for full one-handed gameplay, which they say can be used to improve gaming for the disabled – assuming they have use of their left hand. And like the earlier XFPS Commando mouse, it offers quick-turn buttons which let you spin 180 degrees either direction in a split-second.

XCM hasn’t announced pricing or a release date yet for the system, but I think it’ll retail for around $100 to $120(USD). XCM says it should be available for pre-order soon over at TotalConsole, Play-Asia, Renchi, GoldenShop and Extreme Mods. I also found a placeholder page for it over on Amazon.