Sony S1 and S2 Tablets Get the Rube Goldberg Treatment

Sony is getting ready to dip its toes into the tablet market with a pair of Android-powered tablets called the S1 and S2. The tablets are likely to be overpriced as much Sony gear is, but they may be interesting to some. The tablets are still a bit of a mystery, but their advertisement on YouTube is some of the coolest video I have seen. 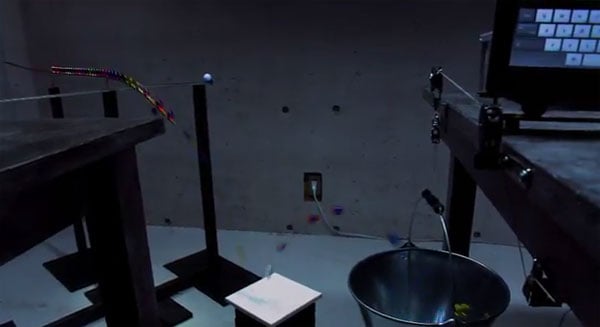 The campaign is called Two Will and has a mechanical Rube Goldberg contraption powered by the kinetic motion of balls that types a message on the tablets as they roll. I will admit that the first time I saw this ad, I had no idea it was for Sony and I thought those were iPads. I bet Apple will think the design is too close to the iPad and a lawsuit will be coming.

Lawyers or not, the videos are so cool you have to see them. I love how the marbles bounce off the square into the bucket to send the tablets scooting down the path.

So far, we have just the first two “episodes” of the video series, and Sony plans on posting a total of five over on their YouTube page.