Tetris Alarm Clock Will Make You Beg for the Line Piece

Here’s our weekly quota for an unusual and complicated alarm clock, courtesy of Instructables member / Arduino enthusiast / geeky torturer Nolte919. His alarm clock requires the user to play a game of Tetris and clear not one, but four lines on the tiny screen before it turns off the alarm. 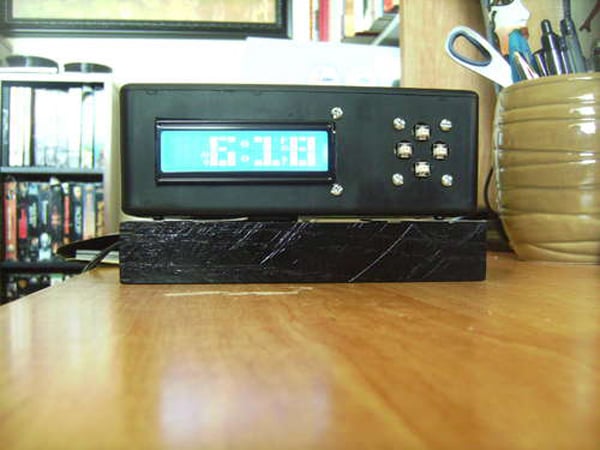 When you’ve used up the preset number of snoozes, the game fires up. As you might have guessed, you’ll have to turn the clock sideways in order to play the game. It may not take a genius to play Tetris, but because each level is randomly generated it just might be enough to fire up your neurons and really wake you up.

Speaking of presets, this being an alarm clock made by a geek for geeks, it has a dizzying array of customizable parameters, from the brightness of the backlight to the number of times you can activate snooze. There are also four game modes of Tetris to choose from, but the geekiest feature of them all? Being able to set the alarm time down to the hundredths of a second.

If it looks like Nolte919 created the clock from scratch, it’s because he did – from the basic electronic components to the software. This is probably one of the more advanced projects I’ve ever featured here. If you think you’re up to the task and like waking up to random puzzles, check out Instructables for the full set of instructions.