I’ve seen a whole range of products from apparel to electronics to makeup of the counterfeit kind all bearing the markings of the Sleeping Giant that has already inevitably awakened.

I appreciate the original “Made in China” stuff that I’ve got though, because you can get some high-quality stuff from there, if you know where to look and if you know who to trust. 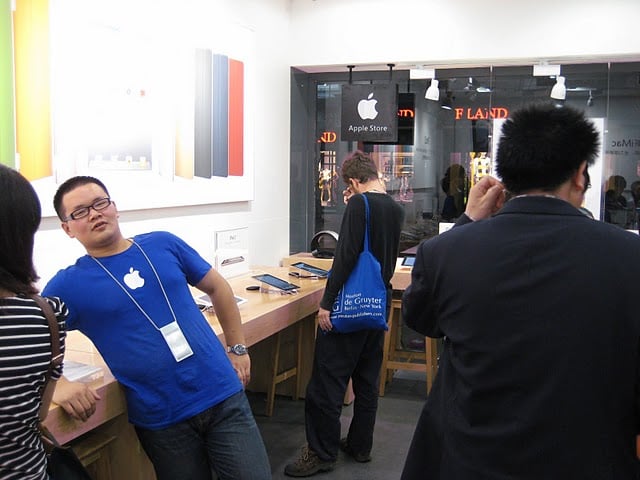 Chinese counterfeiters have gotten so good at their craft that it often takes a long time and a good eye to tell the fake product and the original one apart.

For that reason, I advise you to take a long, hard look at the photo above, because that’s actually of a counterfeit Apple Store in Kunming, which is the largest city in Southwestern China. Yes, you read that right, folks: this Apple Store is a sham, copying the design of Apple Stores worldwide and peddling equally fake goods. 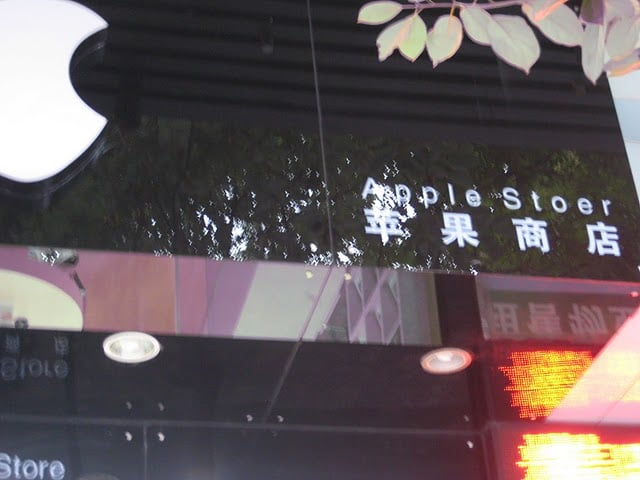 If you’re a little skeptical, then the photo above should make a believer out of you. I doubt Steve Jobs’ people who get the spelling for “Store” wrong. The thought of a fake store is pretty crazy, but here it is, right in the flesh (or in the glass and concrete.)

I wonder what Apple’s going to be doing about this, though.