I thing one of the better kids movies that have come out in a while was WALL-E. My kids loved that movie and last Christmas my daughter wanted one of those little WALL-E robot toys, but we didn’t find one for her in time. A geek going by DJ Sures has taken one of those toys and turned it into a real robot. 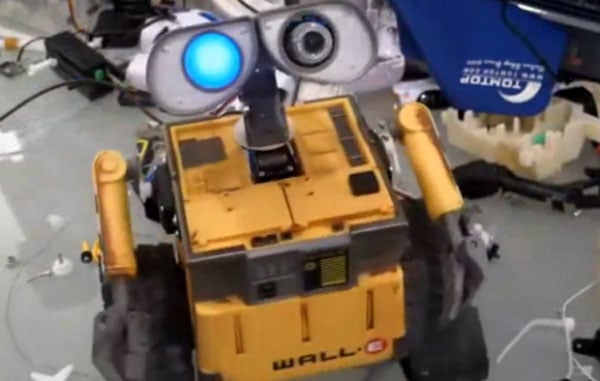 He used an EZ-B Bluetooth Robot controller to power his bot. The software functions for WALL-E are powered by the EZ-builder software included with that robot controller. The builder also put a 2.4GHz wireless camera in one of WALL-E’s eyes. The bot has some pretty cool functionality, including voice, color and facial recognition. Check out the video to see him in action:

The result sort of looks like a Borg-assimilated WALL-E to me. My daughter would love this thing if she could get her hands on one.