Ring another death knell for the optical drive. While still popular, the optical drive’s days began to be numbered when netbooks came out. Apple is slowly but surely leaving them out of their new computers. Now an upcoming product aims to make them even more obsolete. It’s called the Isostick, a USB drive that is recognized by computers as both a flash drive and an optical drive. 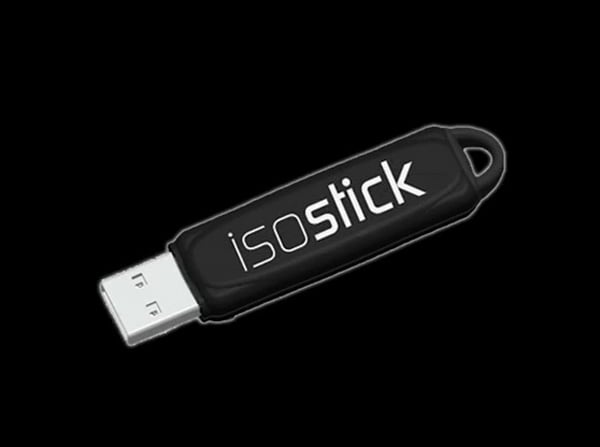 There are already programs that can create virtual drives for loading ISO files and other disk images, but the Isostick is a huge step up from these programs. First of all, you can boot from the Isostick. It even has its own bootloader so you can change the CD or DVD image before booting. It’s very user-friendly too. Just move or copy ISO files into the Isostick like you would a normal file. Since it’s also a flash drive you can add other files to it too, you don’t even have to configure or separate the ISO files from non-ISO files. Watch the video for more information:

The Isostick will be a very useful tool not just for computer technicians but for gamers and even ordinary computer users as well. Imagine being able to carry multiple discs’ worth of game installers, software installers and even operating systems – all those discs and an optical drive in just one small flash drive.

As of this writing, the Isostick only supports ISO files, but Elegant Invention is also working on supporting other formats like BIN, CUE and DMG. One other feature that would make a lot of people happy is support for other file systems. You can partition the Isostick like any other drive, but currently the Isostick’s virtual optical drive can only read from a partition that’s in FAT32. Mac users – imagine if they can make it mount DMG files and read from HFS+. Effortless booting and installing an OS from USB? Yes please! I wonder if it’s possible to install Windows on a Mac using the Isostick.

The Isostick will be available in 8GB, 16GB and 32GB formats. As of this writing Elegant Invention still has 21 days to raise more funds at Kickstarter, but they’ve already met their target amount so there’s a good chance that it will see the light of day. No word yet on how much the final products will cost, but if you pledge at least $125 (USD), you’ll be one of the first to get an Isostick. Visit Kickstarter to pledge or to find out more about this handy invention. You can also check out Elegant Invention’s blog for more info.