About six months ago I installed a home theater in my game room upstairs. I used a big 120-inch screen and a projector. At first, I wanted a projector that could do 3D, but the choices were very limited and since I would be using it for 2D movies more than anything, I wanted 1080p resolution too and there were mostly only 720p 3D offerings at the time. 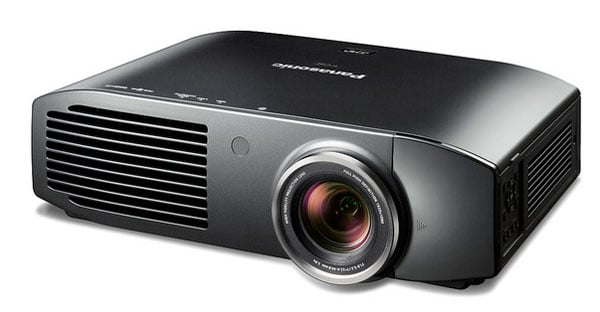 Panasonic has a new home theater projector that was just announced called the PT-AE7000U and the projector offers both 3D capability and a 1080p resolution. The projector uses special transparent LCDs at 480Hz and Panasonic overdrive Technology. It also offers their “Intelligent Lens Memory” system, which lets you store zoom and focus settings for different movie proportions.

The projector sports a contrast ratio of 300,000:1 and has 2,000 lumens of brightness. Panasonic uses a special 200W Red-Rich lamp and the LCD panels are tuned for better red luminance and brightness. The new projector will go on sale in Japan this September at a price of approximately $3,499 (USD).