Don’t you ever wonder how come most children’s nursery rhymes end in some sort of tragedy? There was Jack who broke his crown, and Humpty Dumpty who fell apart because he had a great fall. Then there was the baby who was rocking-a-bye in the treetop, when the wind blows and drops both baby and cradle.

This little factoid has already been brought up more than once, but it was the first thing that came to mind when I saw these adult cradles. 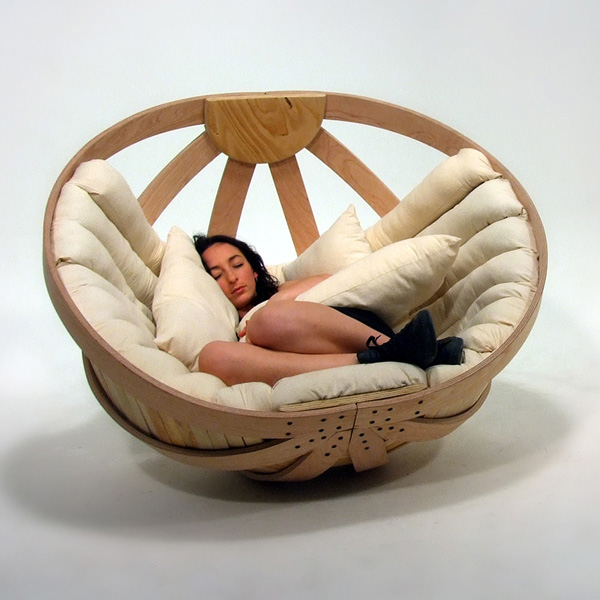 Your eyes aren’t deceiving you, because yes, that is a cradle, and yes, that’s an adult lying down inside it. Looks comfortable, doesn’t it?

The story as to how the design came about isn’t all whimsical and rhymes, however. It was actually one of the results from a study done about children who have rhythmic movement disorder (RMD). This chair here provides a comfortable environment that can calm anyone’s senses and give them some downtime and a much-needed break from work and life, in general. 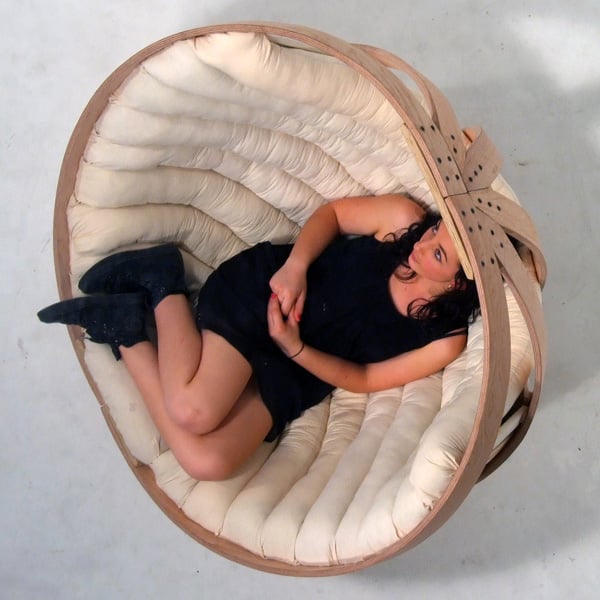 As an added bonus, environmentalists will be happy to know that all of the materials that went into making this adult cradle was sourced in a way that’s friendly to Mother Earth, including the glue that was used to bind the layers of plywood.