This Star Trek The Next Generation Case Mod is all kinds of awesome. It was made by techpowerup forum member Onizuka who is clearly very talented and loves him some Star Trek. 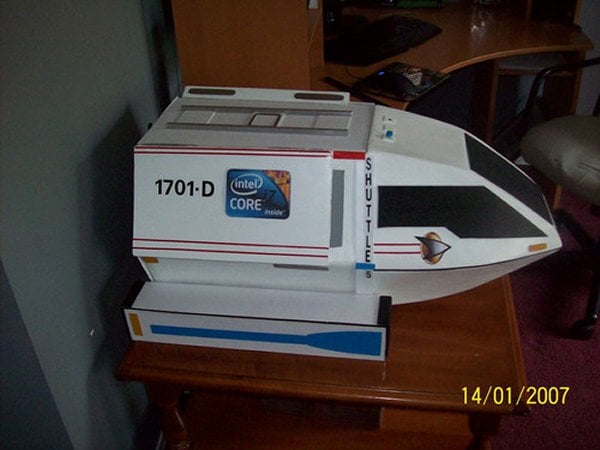 There doesn’t seem to be a lot of info about what’s inside, but we do know that it has a Core i7 1366 processor and that the frame is hand made, welded, powder coated and completely built from scratch. It took 4 months of work to finish. That’s probably faster than Starfleet can build one. Then again, Starfleet has to do a lot more then slap a computer inside. 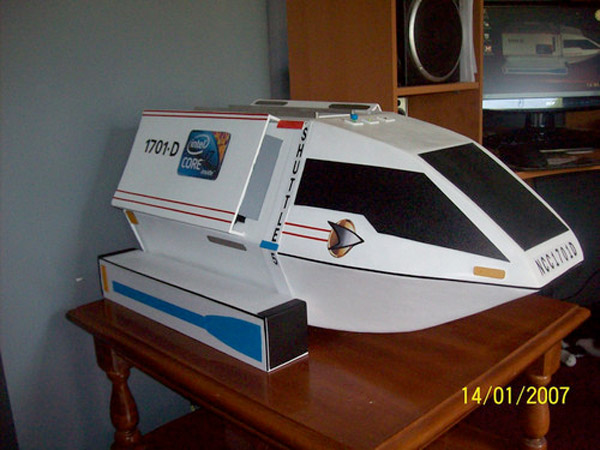 Apparently he made it back in 2007, according to the image, but it just showed up in the forum. All of the detail work is pretty amazing. I would love to see what he could do with a Klingon Bird of Prey or a Romulan ship. Sure, I would have made the nacelles on the bottom more angular myself, but who am I to judge? This mod is awesome. Great work Onizuka.