When some companies say rugged you have to read the fine print to see just how rugged the device is. For instance, many rugged smartphones are only water resistant for a few minutes or can only resist a spill. Others will break if you drop them from a few feet onto concrete. Gresso has a new rugged mobile phone that is very rugged. 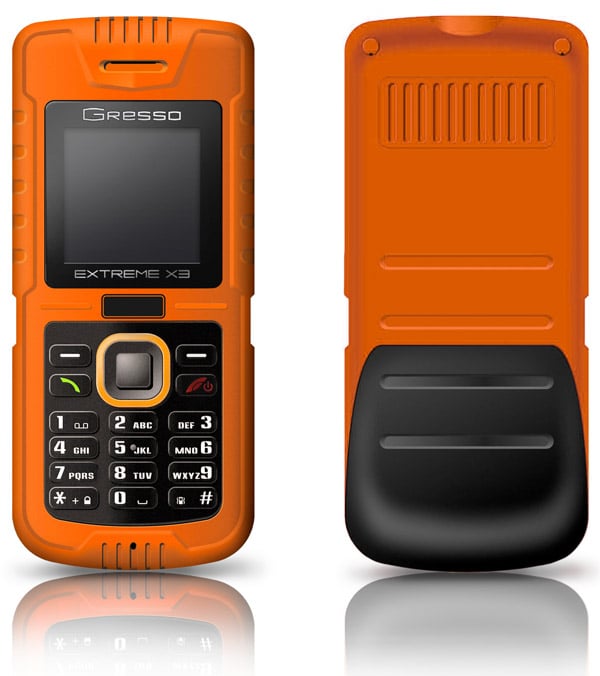 The Extreme X3 [RU] has an IP67 certification for water resistance. Gresso says that its Extreme X3 can be submerged in up to five meters of water for an hour before it will no longer work. That means you could go swimming with the X3 in your pocket and climb out of the pool to make calls. It’ll even float on the surface of the water for up to 30 minutes. The phone is also very resistant to damage from drops.

The phone will reportedly survive drops from 7-meters onto concrete and can deal with literally a ton of weight on it. You could drop this phone off a 10-foot ladder, drive over it your truck, and it would still work. It also works in temperatures from -50C to 60C without issues. It operates on 900/1800/1900MHz frequencies and has Bluetooth, FM tuner, and an integrated flashlight. Pricing is unknown at this time.