One of the first games I got hooked to on the PC was Solitaire. Our computer then ran on Windows ’95, with a wonderful CRT monitor that cost more than laptops do these days. I would try to finish the game as quickly as possible, and gaze proudly at the screen when the cards would go berserk and flying all over the screen when I won the game. 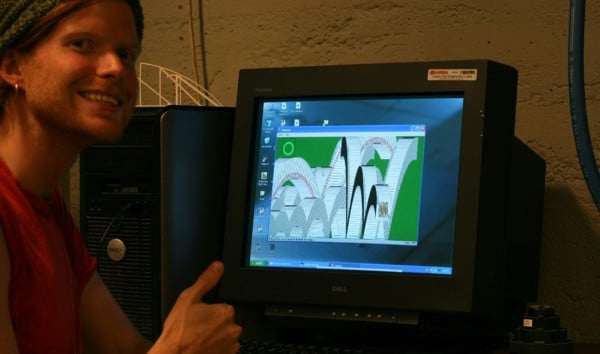 Playing and winning solitaire in real life is more laid back and relaxed than that–until now.

The designing duo known as Skrekkøgle (who also brought us the decidedly weirder pet ash portraits) took it upon themselves to create a physical version of the mesmerizing animation that displayed whenever you won a round of Solitaire. Recreating the entire animation in 3D wasn’t easy, but somehow the duo was able to pull it off. 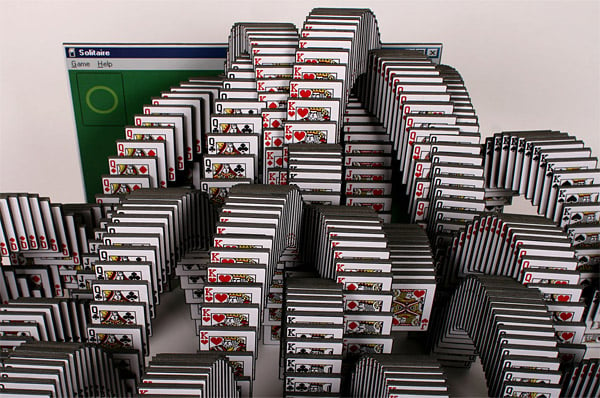 The entire sculpture required the use of around a thousand cards that were printed out (so they looked just like the cards on you screen) and then pasted onto black foam boards that were then taped together to mimic the cascading animation. 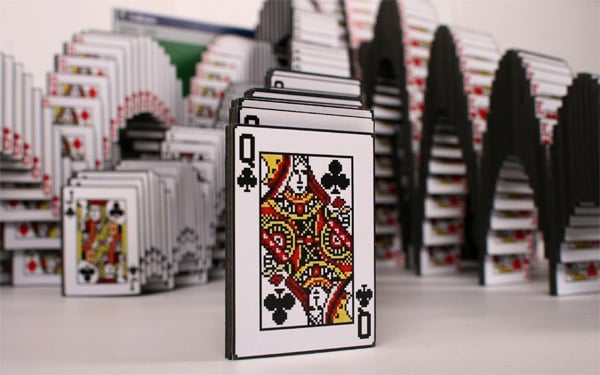 [via FAZED via Oh Gizmo!]