A woman (who hates it when her significant goes drinking or partying) must have been behind the Ultimate Party Animal Costume because aside from the great attention to detail (you get more than just a plain old printed shirt here), there’s also a drunken monkey mask included in the set. 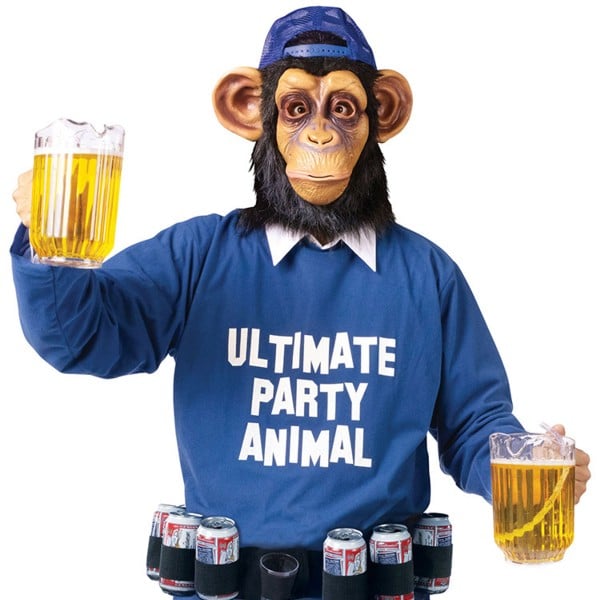 Well, it’s either a woman or a really creative and quirky kinda guy. (In short, it could be anyone.)

I think the entire costume is great, all except for the mask that takes the whole Party Animal theme a bit too seriously and literally. It comes with a beverage belt so you can carry all your booze on the go, a shot glass, the shirt, and a pair of checkered shorts. The whole set is available from Amazon for around $40 to $60.

Shoes and booze not included though.