Ready yourself to save Hyrule yet again with the release of Legend of Zelda: Skyward Sword. But it isn’t a sword that you will be raising skyward, instead you will have a shiny new gold Wiimote. 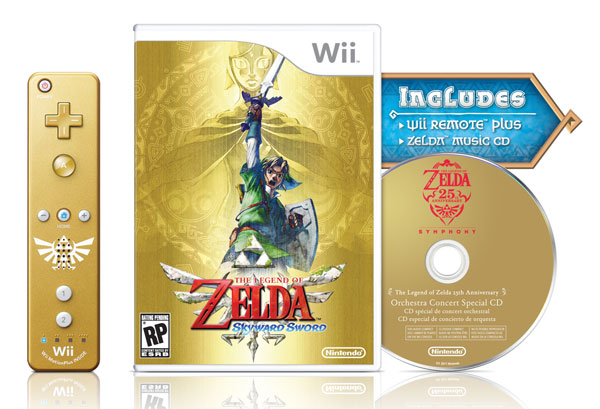 A golden Wii Remote Plus actually. And now we have a release date and pricing. After all you have to buy it first, before you can save Princess Zelda for the umpteenth time. I thought sisters were doing it for themselves these days. Not her apparently.

It will arrive at retailers on November 20th. That’s when you’ll be able to get your hands on the golden Wii remote bundle for $69.99 (USD). Or you can choose the game by itself for $49.99 (USD). No matter which you choose, you will also get The Legend of Zelda 25th Anniversary Symphony Concert music CD.