New Airships to Hit Canada: A Bit of Fringe Up North

I’ve always enjoyed airships. They’ve been featured prominently in Fringe, in the other universe. It’s a shame that there aren’t more around, but that might not be for long. Hybrid Air Vehicles will be making some futuristic giant blimps to supply remote communities in the Northern parts of Canada. 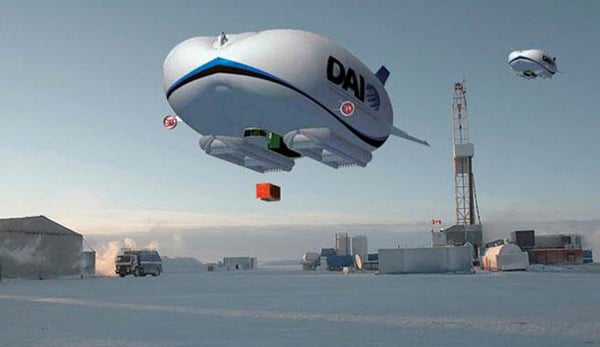 A fleet of these blimps will be made for Discovery Air Innovations. At a cost of $40 million each, they won’t be cheap. The blimps use a mix of non-flammable helium and air to fly, and their design makes for a soft landing pretty much anywhere. They’ll be able to haul up to 50 tons of cargo each, so it should get pretty useful since the remote parts of the Great White North they plan on using these for have few roads and limited access for vehicles.

These airships will have a maximum speed of 115mph, so they aren’t slow by any means. Assuming the deal closes between the two companies in 2012, the first airships should arrive in 2014.