If you bought the video game controller evolutionary tree that Pop Chart Lab released last February, know that your reference is now obsolete, because the artsy charts specialists have come back from their virtual archeological voyages and have updated the chart. It now features 119 controllers grouped into 7 categories, compared to the 82 controllers and 9 categories in the first edition. The tree has added both old and new species and is now in color. 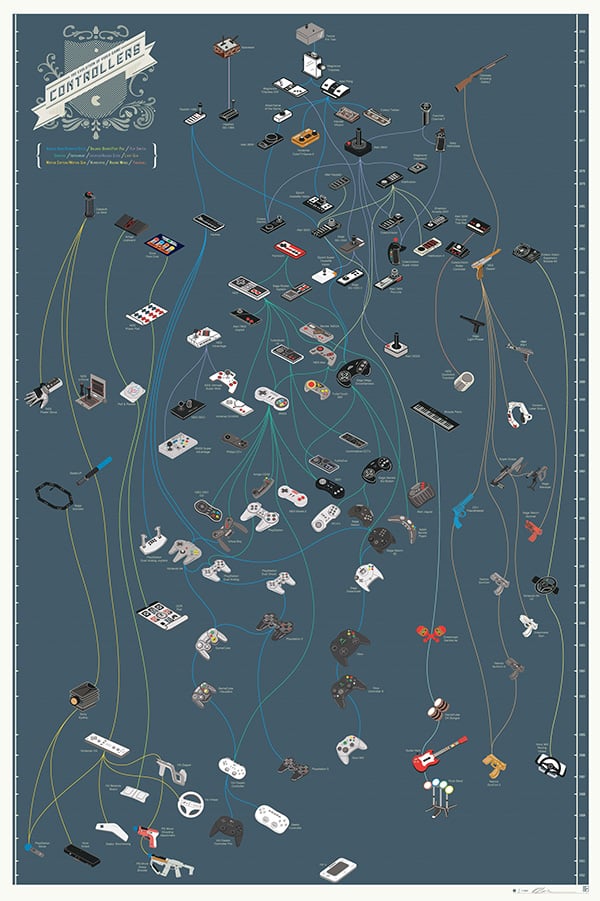 The new additions include classics like the Spacewar controller and the Tennis for Two controller, which now predates the Magnavox Odyssey, which was the previously the root of all controllers in the original chart. Sony’e EyeToy and the shooting attachments to the PS Move are also here and so is the Wii U, although for some reason it has no ties to the rest of the tree. Still not included? The PC gamer’s trusty weapons, the humble mouse and keyboard. The Steel Battalion mega cockpit also deserves a place in this otherwise awesome chart. 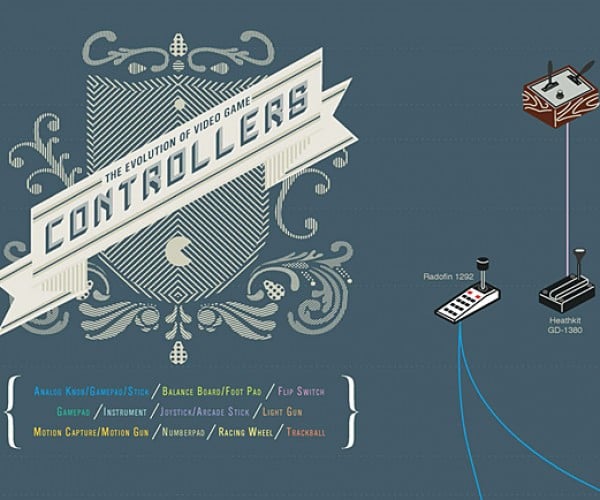 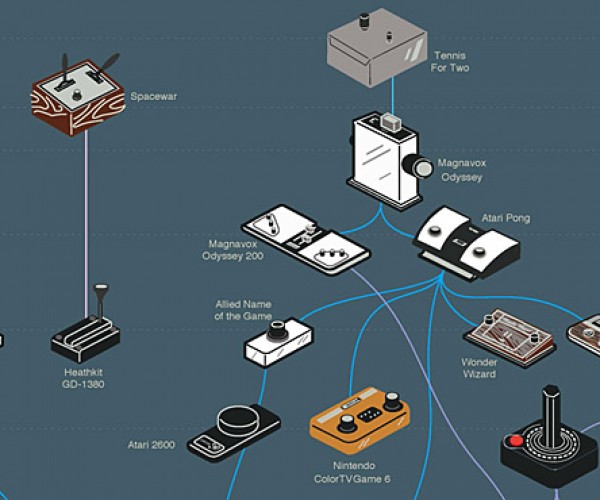 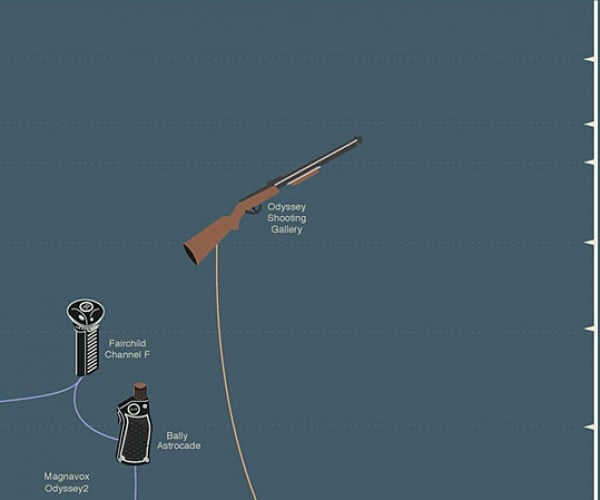 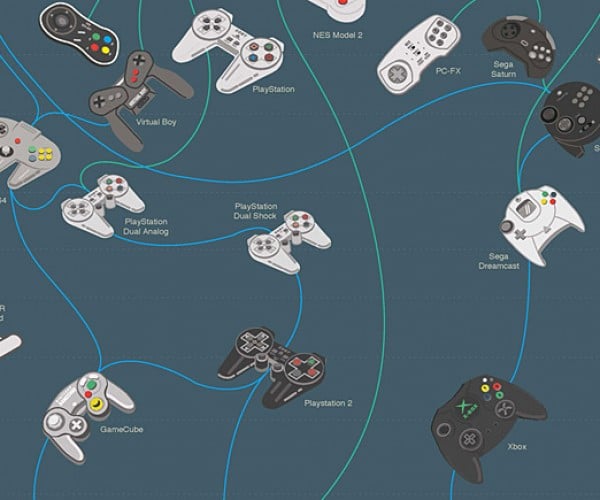 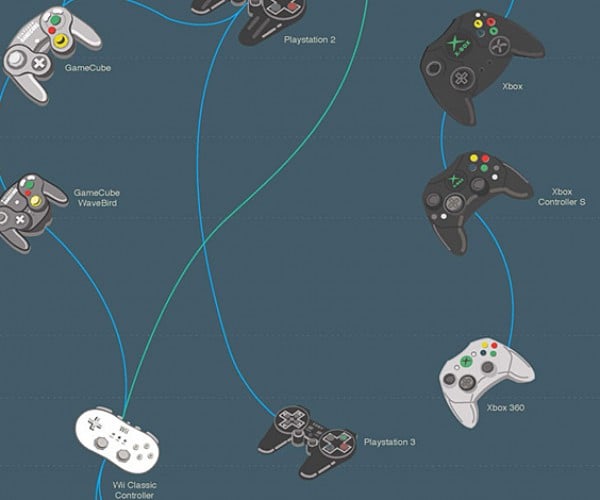 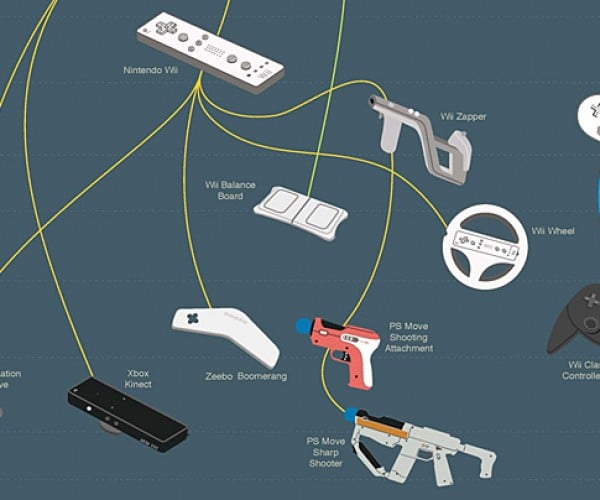 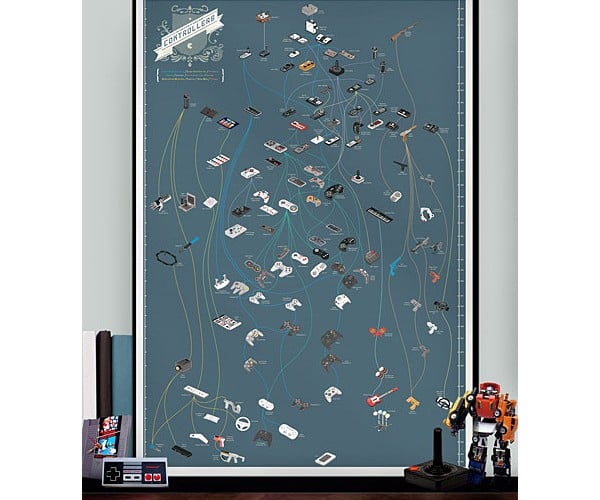 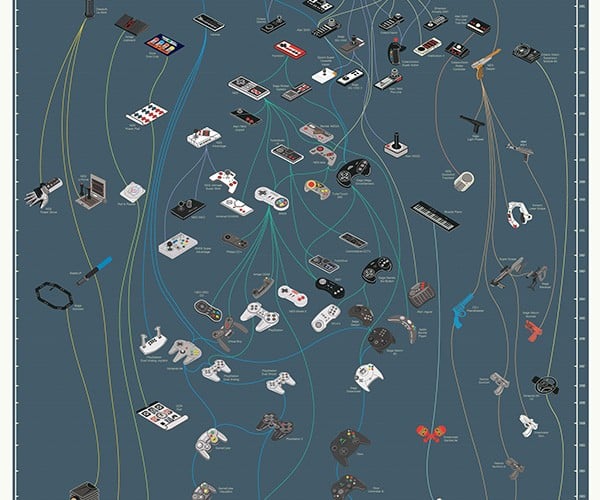 You can order The Evolution of Video Game Controllers print from Pop Chart Lab for only $24 (USD). The poster measures 24″ x 36″, with the first 1000 copies numbered and signed by the artists who made it.