Not too long ago, I purchased a projector for my media room and I really wanted a 3D one. At the time, there were very few on the market and most of them only did 720p and 3D. I wanted 1080p since the difference between the two resolutions is obvious on a large screen. I ended up going with a 2D 1080p projector. CEDIA Expo is going on right now and there are a bunch of new projectors being unveiled there. 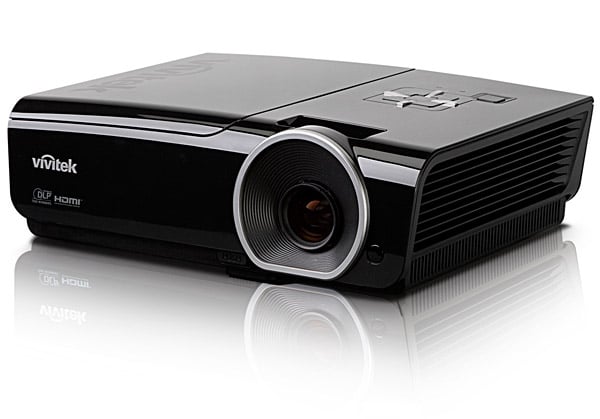 Among the new 3D offerings at the show is the impressively priced Vivitek H1086-3D. This projector will ship in December for $1,999 (USD) and will offer full 1080p resolution and supports 3D. The projector even turns 2D content into 3D automatically. It offers plenty of connectivity options as well including HDMI, VGA-In, S-Video, Composite, RS-232 and 12v trigger.

The 7.8 pound projector is a DLP unit with 2.35:1 widescreen and lots of features for the best image quality available. The projector also sports integrated 5W speakers. It has 2,000 lumens of brightness and a 5000:1 contrast ratio. That contrast ratio is pretty low by today’s standards, so I would definitely want to see the image quality before I plunked down almost $2,000 for this thing.