Not only do I think this is the very first SEGA Saturn laptop I’ve ever seen, but it’s made out of wood – which makes it doubly special. 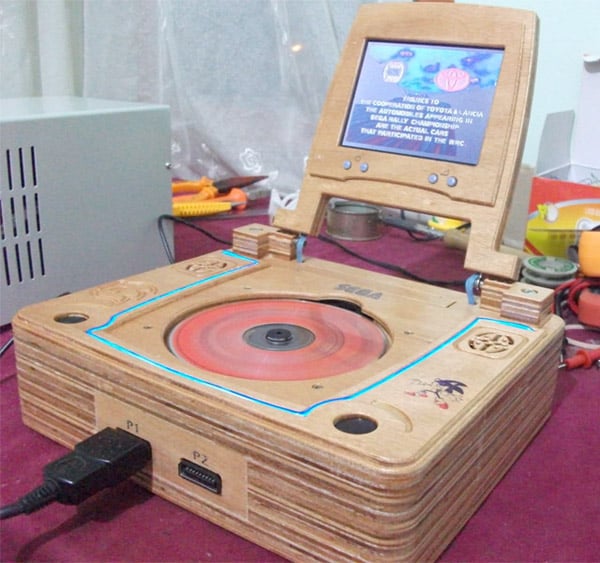 Modder c_mon created this Saturn laptop as a custom commission job, and it’s pretty special. It’s housed in a custom CNC-cut wooden case, which apes some of the lines of the original 32-bit game console.

I do find it funny that he used the logo from the Saturn automobile line on the top instead of the original Saturn logo. Apparently he put it there because he was having trouble getting the original logo to render with his CNC software, but I kinda like it. It gives it extra character. 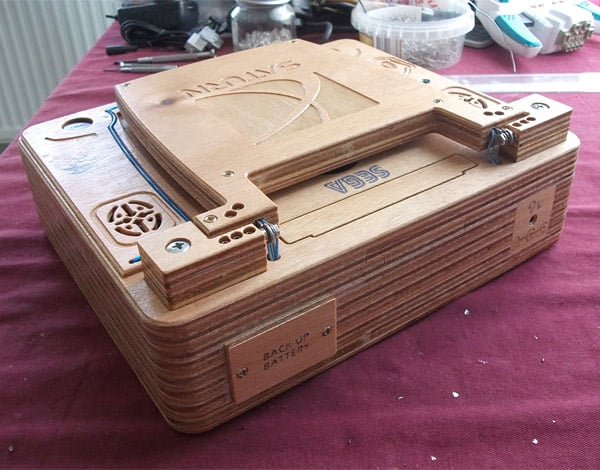 This system is portable, with a built-in 5″ LCD screen from a Sony PSOne in the lid, and it runs on a 9-volt, 4 amp DC adapter. In order to make sure that the system stays cool, he also added a fan inside the case. You’ll also notice a couple of speakers built in so it’s completely self-contained other than the power brick. I also like the detail of the bright blue (or as I like to call it “Sonic Blue”) electroluminescent wire around the CD-ROM drive lid. 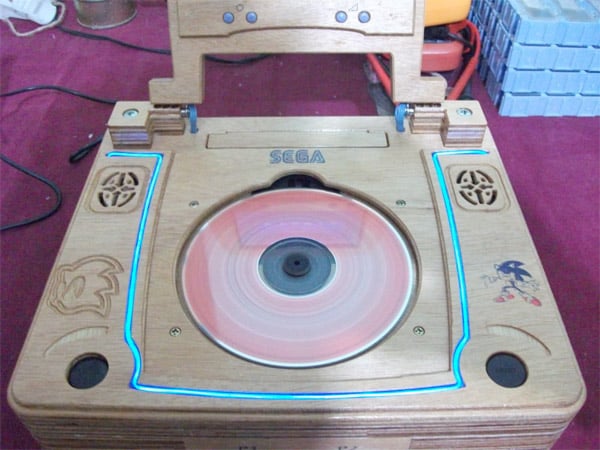 Check out more pics of this one-of-a-kind Saturn laptop over on the Ben Heck Forums.