Have you ever wondered what happened to superheroes when they get older? There have been a few different forays into the subject in comics, but Andreas Englund decided to examine the situation with a bit more flair. His series of aging superhero paintings have popped up all over the place, and I have to say that they are pretty cool. 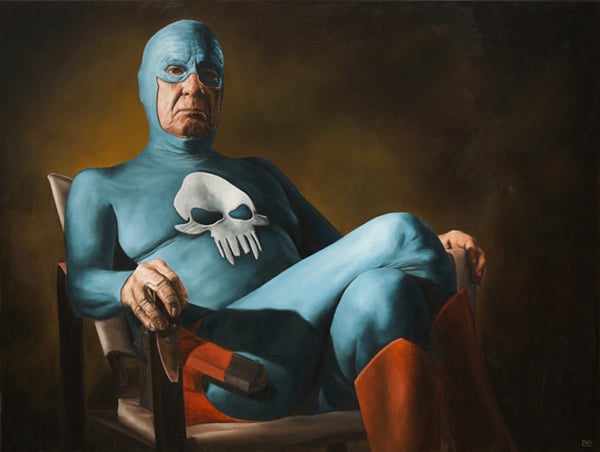 Englund is a Swedish artist and portrays his superhero confronting the vagaries of old age. You can find his character trying to open a jar of jam, dropping his shopping, and taking a break after a fight. The character was created in 2004 and Englund plans on trying to explore different media to make him shine. 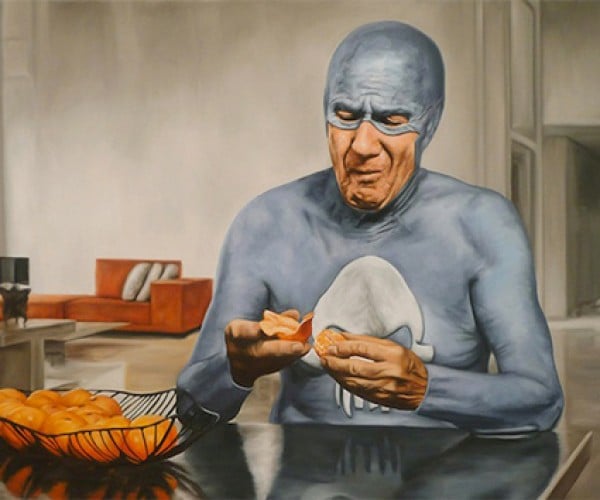 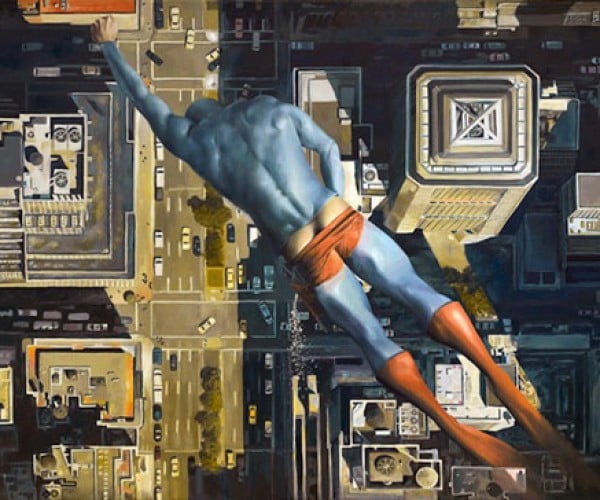 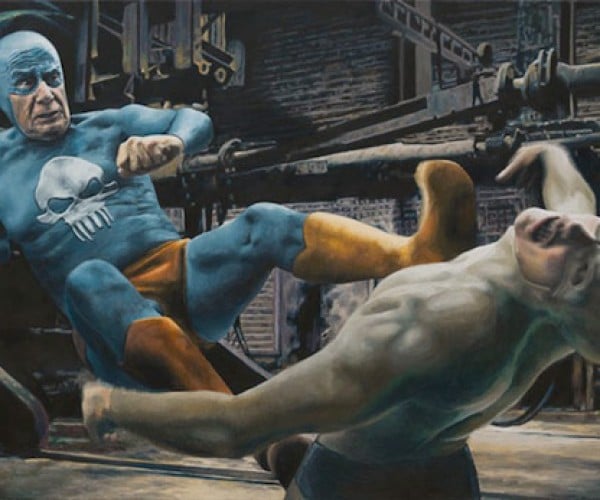 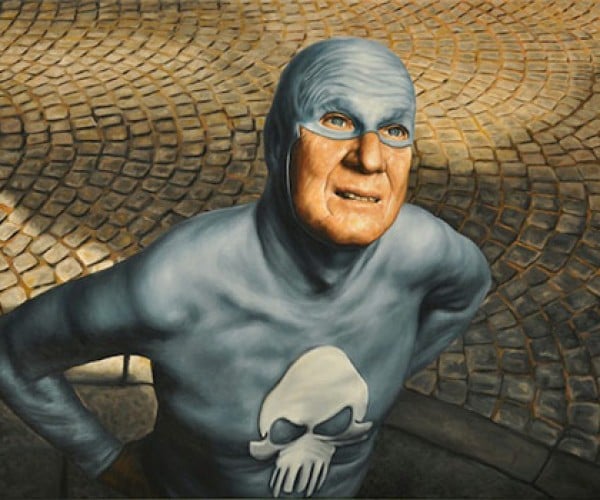 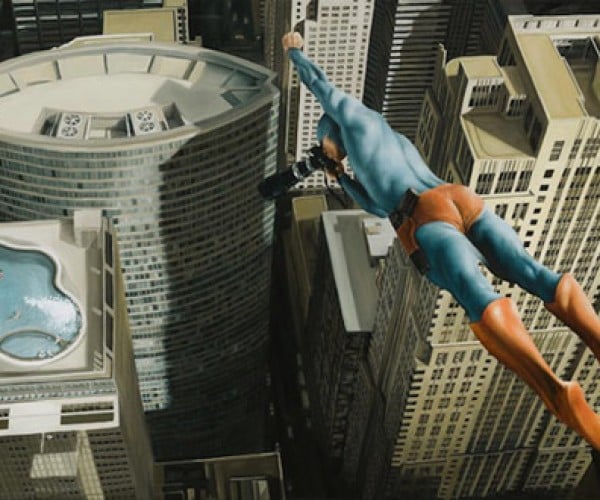 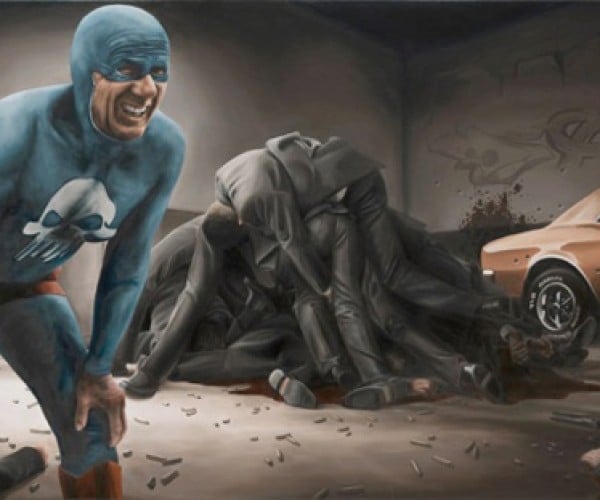 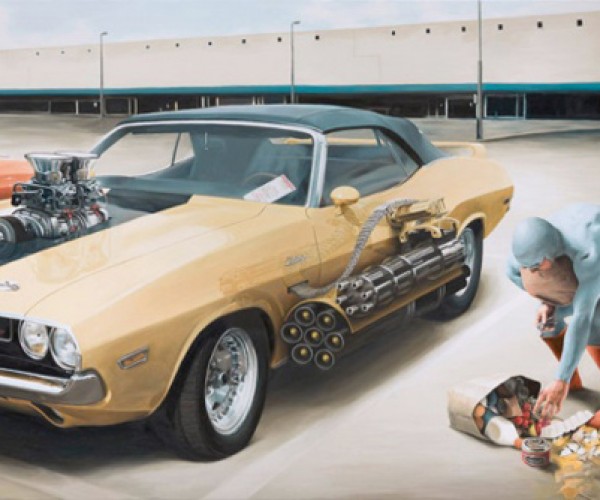 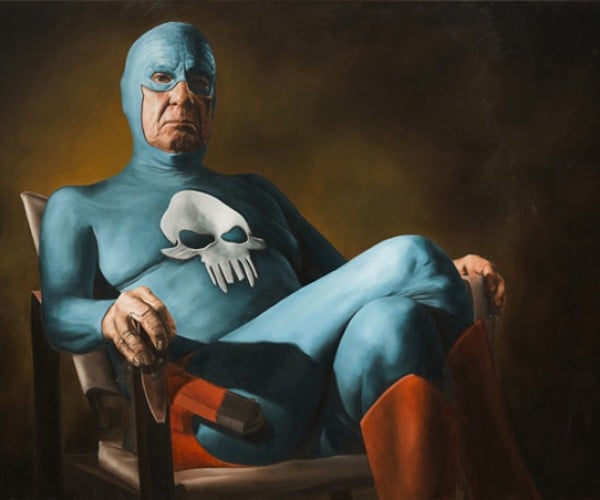 The paintings are vivid and humorous, which is probably why people like them so much. I’d actually like to find out the name of the superhero, although he does seem to be wearing a logo that and drive a car that looks an awful lot like The Punisher’s.