I’ve seen a number of products which let you turn your bike wheels and spokes into a source of illumination, but I have to say that the Revolights are the best idea I’ve seen yet. Not only do they make your bike look almost as cool as a TRON lightcycle, but they actually help illuminate the road – possibly better than conventional headlights. 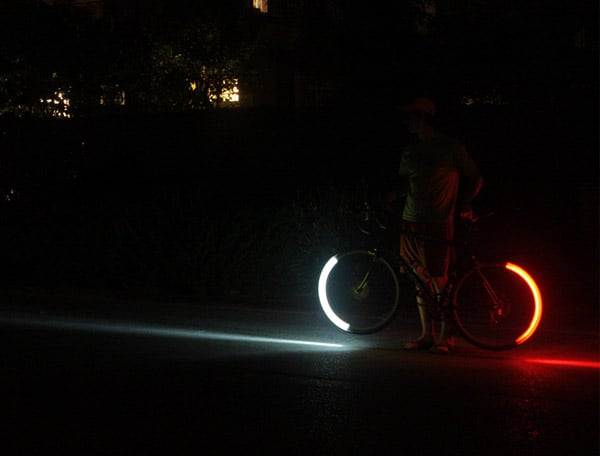 Kent Frankovich, Adam Pettler and Jim Houk designed Revolights to actually replace that crummy little headlight and red taillight you might have on your bicycle with something much more sexy and useful. A normal headlight projects light out from the front of the bike and then down to the ground, but the Revolight actually casts light directly from the rim of your front wheel forward and onto the ground beneath the tire. 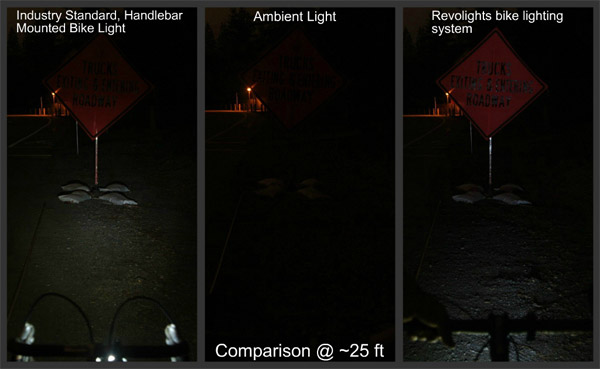 Similarly, the top-rear segment of the rear tire illuminates in red, providing a bright and functional taillight. 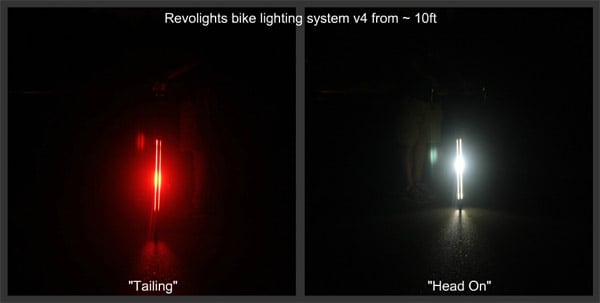 Revolights use a series of thin LED rings that mount to each wheel rim, and then use a small magnet to provide information about speed and position of the wheel to the system’s controller so it can illuminate the correct bank of LEDs at the right time. 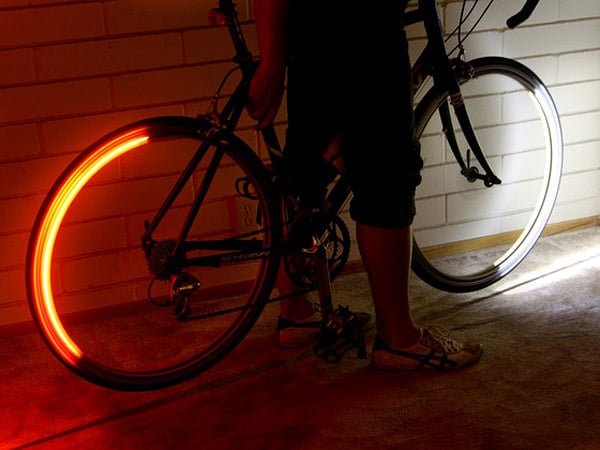 At this point, the Revolight is in the later stages of prototyping and they’re ready to move onto the next stage of development before offering them to the public. That said, the Revolight team has a Kickstarter project going on for the next few days to raise funds for the final prototypes leading up to a product release.

A pledge of $200 or more will get you a set of Revolights once produced, and they’ve already blown through their initial goal of $43,500 by almost $100,000 – so you know there’s a market for these things.