This is one of the strangest things I have ever seen and it reminds me more than a little of Total Recall. Scientists at UC Berkeley have discovered a way to be able to reconstruct video that a user is watching solely by reading brainwaves. The research team worked with other people on the research team and placed them into an MRI machine and made them watch short samples of randomly-selected video clips. 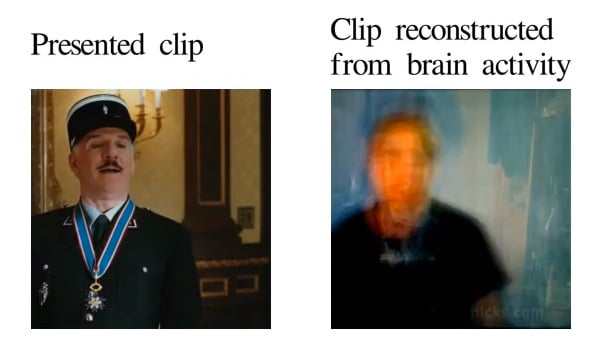 Gallant Lab researchers Shinji Nishimoto, An T. Vu, Thomas Naselaris, Yuval Benjamini, Bin Yu and Jack L. Gallant used a complex computer program that looked at the minute changes in blood flow inside the brain during an fMRI and then used those changes to approximate the video that the person being studied was watching on YouTube. Obviously, the video recreated isn’t high quality, but it is a close approximation to what was actually being viewed.

The computer used shapes and colors to approximate the video images giving them the rough and general feel of the video being seen by the participant. The cool part is that future applications for this software may allow us to actually watch our dreams or daydreams.