Lightsaber Candlestick: The Force Burns Brightly with This One

I’m not sure whether to file this one under “why didn’t somebody think of that before” or “does the world need another piece of Star Wars merch?” so I’ll file it away under both categories for now.

ThinkGeek has just announced the exclusive new Star Wars Lightsaber Candlestick, which is… exactly as it sounds. 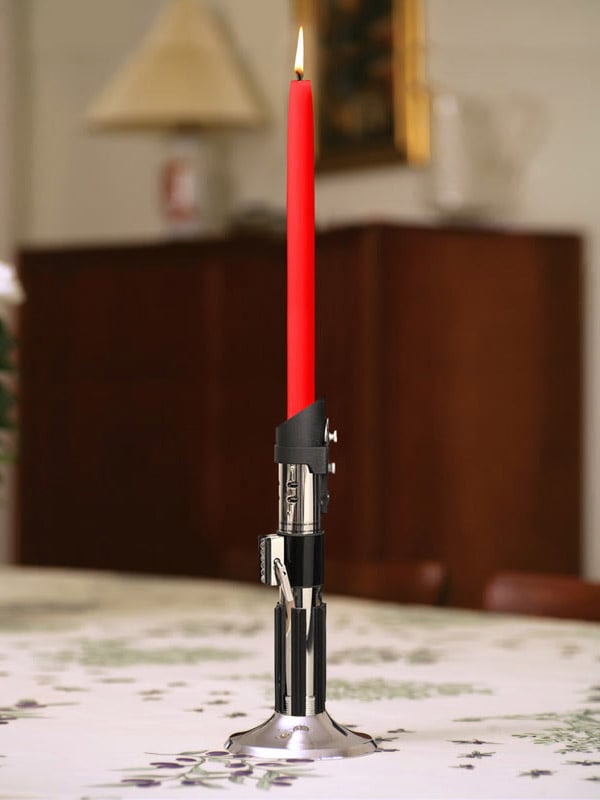 This candlestick is a perfect replica of Darth Vader’s lightsaber – other than the part where it stands up on your dining table and holds a candle instead of emitting a plasma blade. Other than that, it’s identical. 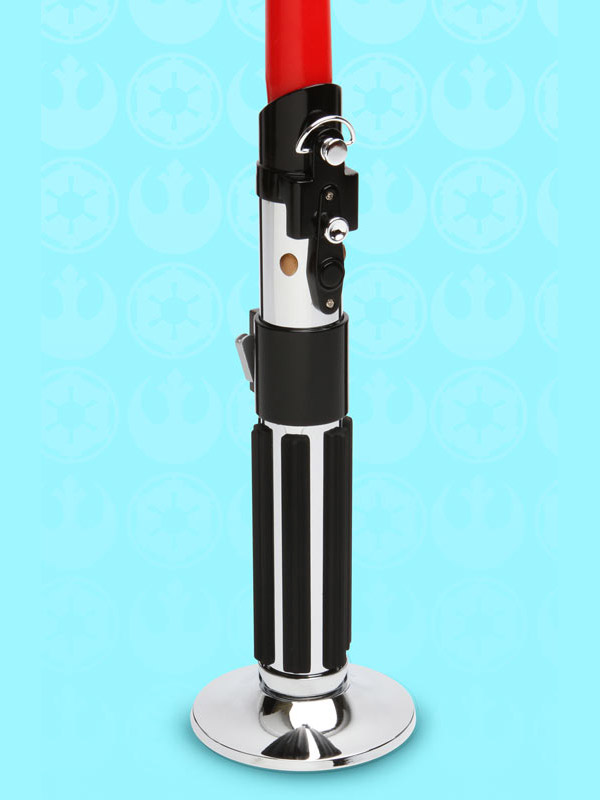 It’s made out of cast zinc-alloy and chrome-plated, and does unscrew from the stand – but I don’t recommend waving around a lit lightsaber, unless you want to burn your enemies out of revenge for being left lying in flaming lava on Mustafar. They’re also kind enough to include three tall red candles, which is the only way to go with Darth’s Saber.

ThinkGeek says the Lightsaber Candlestick will ship in early December, just in time for holiday gift-giving, and it will sell for $39.99 (USD). Hit them up here if you want to get on the e-mail notification list.